Using the Tailwindcss/jit Compiler with Phoenix

I have set up Tailwindcss for a Phoenix (v 1.5.8, so using Webpack, Liveview and Surface) project successfully and tried to switch to the new tailwindcss/jit-Compiler. That does not fully work, as changes in a view or template file won’t get picked up. If I touch the tailwind config file manually, the compiler recompiles successfully. So my issue is the range of files, that are monitored by webpack.

Currently by watcher config looks like this (from dev.exs):

The tailwindcss/jit documentation stresses, that you set NODE_ENV=development, which should be done with --mode development, I hope.
Anybody knowing, what should be changed? I tried to remove the cd …/assets part, but then the webpack config is broken.

In Linux the default value for watching for files changes is too low, especially for applications using Node

If you don’t have already installed inotify-tools, then install it now with:

Next, check your inotify watcher limit:

Then apply the new value:

Thanks for the quick replay, but inotify-tools was already installed and the watcher limit was already set to 524288.

Recompilation triggered by changes of templates works for Phoenix live view and they get recompiled by Elixir, so inotify works as expected. Just webpack seems not be notified about them.

I assume Webpack is somehow restricted to changes within the assets directory.

Yes, that’s where the npm project lives and therefore is assumed to be the source root by webpack.

When I tried switching my Phoenix project from standard tailwind to tailwind JIT using the official instructions, it stopped generating new classes. Any classes that were already used in a previous version were available, but if I used a new class, there would be no effect, even after shutting down the server and recompiling. The dev team was unwilling to help troubleshoot because they don’t know Phoenix so I just went back to standard tailwind, which works great for me.

If anyone does manage to get JIT running with Phoenix, please let us know how (and maybe let the tailwind-JIT team know too so they can update the installation instructions for Phoenix users). The added features shown in the demo look fantastic.

My workaround is currently to touch the tailwind.config.js whenever I introduce a new class on mature projects. On rather new ones I go back to standard tailwind until the rate of new classes introduced is low enough, that touching is bearable.

The provided instructions are ok, I needed to write this change to fix a webpack issue:

Slightly off topic, but since this episode mentioned tailwind’s JIT, in my short experience, you need to patch the default webpack.config.js with this (at the very bottom): .concat(devMode ? [ new HardSourceWebpackPlugin(), new HardSourceWebpackPlugin.ExcludeModulePlugin([ { // HardSource works with mini-css-extract-plugin but due to how // mini-css emits assets, assets are not emitted on repeated builds with // mini-css and hard-source together. Ignoring the min…

and this repo has a working config for me: 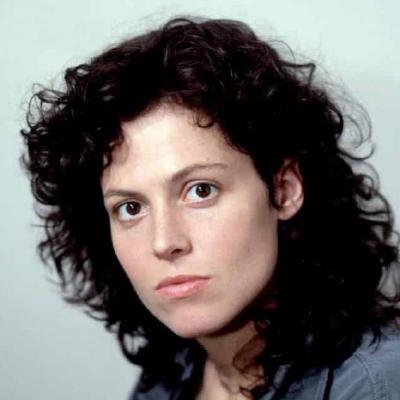 Contribute to rktjmp/phx-tailwindcssjit development by creating an account on GitHub.

Even with the webpack fix above, I still noticed one time I had to invalidate the css file’s hash to make it get new changes. I am 99% 90% on this being a webpack4 issue (or a dependency that can’t bump to latest because of phx locking to wb4). No issues after that though.

Revisiting that repo, it still seems flakey. Really inconsistent bug, but I don’t get issues on my main project that uses JIT, which is using a config transplanted from this repo, so can’t say. E: Actually this may be something to do with using Temple in that project and the second compile step triggers watcher more reliably or something.

Basically it needs to be “warmed up” by invalidating the css hash and maybe banging a webpack/tailwind conf then after that it all seems to function as expected. I also run with NODE_ENV=development mix phx.server, but I also set that explicitly in my package.json scripts (which I remember now don’t get run because phx uses it’s own watcher). I don’t really have the bandwidth to debug the whole thing so it’s a bit of “thow spaghetti at wall”.

Note that --mode X and NODE_ENV=X are different. --mode just enables some changes in webpack it doesn’t filter down to other tools.

Possibly including some build cleaner on webpack run would solve these issues, so a fresh file is made every time you start it up.

If you run webpack separately, maybe the issue is clearer. Webpack has no idea when you alter templates because it doesn’t look at .html.exs files (or in the lib/) folder.

AFAICT, webpack4 can only / will only watch files that it finds via an entry point (which is why our JS file includes a imports a CSS file). I don’t think there is a good way to add an elixir template as an entry point.

TailwindJIT has it’s own watcher stuff I think, but I am not sure where it gets it’s file list from. Probably by piggybacking the purge purge-css option in it’s config.

Why invalidating the root CSS file causes everything to start working, I am not sure.

There are a few moving parts:

TailwindCSS-jit works additively (in NODE_ENV=development) from an in memory cache (?).

Each time you restart the server and invalidate the css file, you get a fresh tw build.

This is why it seems to work “some of the time” and why my main project seems immune to issues: (mostly) all the classes used in that project are already there.

On top of all this, there seems to be a race condition where you may be served the css file before tailwind has finished building it, so the hot reload may show no change but a hard reload will. This is most likely to occur if you use an expensive (?) class like a custom color.

Basically, the TLDR is:

That should be reasonably reliable. Sometimes you may have to hard refresh the page if you hit the race condition.

Probably it’s all rooted in HardSourceWebpackPlugin.

A fresh clone of the repo will work flawlessly for me, no messing about with invalidating the css hash.

Stop the server, restart it and you have to start invalidating the hash.

rm -rf assets/node_modules/.cache/hard-source and start the server and you have no issues again.

I don’t actually notice any real speed differences with the cache nuked, and hard source hasn’t been updated in a few years, possibly it’s out of style/not needed with modern js systems. Could probably just drop it from your webpack config if you want.

Thanks for all your explanation here!

Yeah, it seems that after the hard source cache exists, you have to invalidate the css file hash at least once after sever boot. Then it seems to not need it again for that server for me.

IMO just dump the hard source plugin from your webpack config and see if you can live with with whatever performance penalty you get (none for me but I have very few js/css dependencies).

Another option is writing a mix task that rm’s the cache before running phx.server.

I have to wonder if it’s a Webpack 4 thing.

Also, I didn’t have to do anything extra in my webpack config but I do run the Webpack dev server in a separate process outside of Phoenix.

I have to wonder if it’s a Webpack 4 thing

That is my feeling, either by side effect of it using older plugins or wp4 itself. There are open issues on the tw-jit talking about other build systems, so there might be some amount of friction in both directions.

There is a webpack5 PR/issue for Phoenix, I think the plan is to migrate eventually.

Though by looking onto this, manually migrating a project to another build system wouldn’t actually be very hard. Basically update :watchers in your dev.exs and then follow whatever your chosen build system asks you to do.

If you’re ok with running the Webpacker watcher separately you can use Webpack 5 with Phoenix without any modifications. I’ve been doing that for a long time now.

And on the Phoenix side of things in your config you set watchers: [].

Just out of curiosity, if you set watchers to

That should be enough to get Phoenix to run the webpack dev server for you. Does that work?

I run Phoenix and the Webpack dev server in separate Docker containers and up everything together with Docker Compose so I’m not really in a position to try and run the watcher inside of Phoenix since my Phoenix app doesn’t have the Node environment in it.

Perhaps someone else will be able to test that for you.

After updating to webpack 5, this seems to work:

I prefer to have all flags inside 1 single command in package.json

It provides a complete example integrating TailwindCSS with Phoenix. I hope it will be useful to you.

Tailwind 2.1.0 is out, includes jit. I switched an existing webpack 4 project to it and it just worked, more or less (I found that I had forgotten to put my custom classes in layers).

Using webpack v4 + tailwind 2.1.1, I find that with mode: 'jit', every new class that I add keeps accumulating to the CSS bundle size even though it’s not being used😃
Eg.

Did you encounter this behavior as well? If so, does it change with webpack 5?