Just got this in my inbox from Zurb:

You may have heard about Webpack, the new JavaScript Module Bundler that’s taken the webdev world by storm that all the cool kids are talking about. They just launched version 2, are being used by massive web companies like Twitter, Facebook, and Paypal, their monthly downloads are about to cross 4 million, and the Ruby On Rails core team has announced that Rails 5.1 will ship with webpack support built in. In other words, it’s the new hotness and has a ton of momentum behind it.

I just checked, and it should be easy enough to swap out in Phoenix according this post by Chris:

This is already easily achievable today by swapping out a single line in your dev.ex :watcher configuration. For example, swapping brunch for webpack is maybe a 30s affair today.

What do you think about it? Would you use it over brunch? Why?

They have foundlings, they have people working on it … Project under https://js.foundation

With an SPA built with webpack you don’t immediately send your admin panel down the wire to all clients. Foundation 6 gives you an la-carte front-end.

They are a good fit and should make for a crazy fast downloading frontend.

The folks at Airbnb seems not keen on switching to Webpack 2. Here’s an explanation of why on a Reddit thread. It’s mainly due to the potential interoperability issue between CommonJS modules and ES modules should Node.js finally implement module system later. I don’t know if Brunch has that problem though.

I don’t know if Brunch has that problem though.

It should not as it babel’s down to ES5.

However in my and others experiences, webpack has some major issues, but then again so does brunch. Currently I’m using just npm ‘scripts’, I have bucklescript compiling to a directory, rollup.js bundling and optimizing those output files and my other javascript all together into a set of a few files, and for production environments it also passes it all through an uglifier and google closure (probably redundant to have both, but eh), with significantly less code and significantly greater maintainability than even Brunch’s config (especially webpacks, yeesh…)

I’d be interested in seeing your bucklescript |> rollup pipeline

I’d be interested in seeing your bucklescript |> rollup pipeline

Actually I introduced it to the Bucklescript author and rollup.js is now not only added to the official tests of Bucklescript (that you can check there if you are curious) but he is also adding more optimizations that make it even easier for rollup.js to process here:

I’m planning more blog entries on how to use bucklescript including using it with rollup, so expect those as I get time.

When i started with Elixir/Phoenix i did not have idea what was Brunch or Webpack, but actually after 1 year i like Brunch, but i think Webpack community is very bigger than Brunch, and documentation for some features is hard to find.

I did not agreed of remove Brunch/Webpack from generator, but switch to Webpack i think is an good idea.

Over the weekend I finally got Webpack working with Phoenix with everything. Fonts/Images/CSS/SASS/NPM modules. Here is the config file: Webpack 2.0 Config File for Phoenix

I’m about to move to Webpack in my next project. I’d rather not have to learn it indepth yet… just get it working.

Is there anything other then what editing the files you outline in your Webpack config link to get it working?

The basic steps are: generate your project (with Brunch, because it creates the correct directory structure), delete brunch-config.js and remove brunch files from package.json. Install Webpack with npm, create a webpack.config.js file, add an npm script to run Webpack on build, and edit the watchers in config/dev.exs. Lastly, add the specific Webpack loaders to compile your assets (ES 2015, css, etc.).

I followed this post by Matthew Lehner to get up and running with Webpack and Phoenix. I also liked this free DailyDrip video. It covers Webpack, Phoenix, and Elm.

I have a starter repo up that I use for Vue+Phoenix projects: 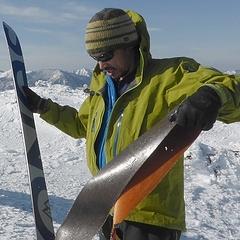 Probably the most useful features for me are code-splitting and PostCSS plugins.

Running certain modules, such as minifiers, can be time-consuming, so I set it up to run only in production mode.

If you have the time, Steven Grider’s webpack course on Udemy is pretty good at taking you through the steps in setting up Webpack and understanding things in detail (though not Vue or Phoenix-specific)
https://www.udemy.com/webpack-2-the-complete-developers-guide/learn/v4/overview

Thanks for the starter:

I imagine I can just search/replace the project name to change the name?

What’s the reason I see js directory renamed to src so often?

What’s the reason I see js directory renamed to src so often?

It’s just the Webpack file and the rest of the instructions (npm packages to install, change to config/dev.exs) are in the comments. Let me know if you have trouble with it and I’ll try and help.

Here is the updated version for use with Webpack 2.0+ and Phoenix 1.3

Yep, you can search/replace to change the project name.

But, I usually find it easier to scaffold a new project like this:

Looking around online, I see a lot of articles encouraging code-splitting. But I don’t see counterarguments being considered.

I know for myself, I’d prefer the former unless it’s really long.

Also, if I code-split, navigate, and then hit the back button, the bundle for the page I navigated to is not lost and then reloaded when I navigate back, correct?

Code splitting helps You separate what is changing (Your apps) from what is not (Libraries). Eg. separate into bundle and vendor. But caching is not the ultimate way for optimization.

One cool feature of Webpack is lazy loading… For example if You use a router, each bundle will be loaded on demand. The trick is to transform call to import into a function call. This will result in bundle calling bundle0, bundle1 etc. Something like…