What can Elixir do?

What other things can you do with elixir besides websites or web services? Give examples.

Even if english is not your primary language, you could make use of some basic written politeness, as people tend to feel more inclined to give their contribution then.

Anyway… you could check out Nerves and Scenic for some non web Elixir.

Check out the #use-cases tag and perhaps more specifically…

I’ve come to realize that I hate web programming (front and back end), but a large amount of jobs I see, although it may say Python Developer or Software Eng, it could just as well say web developer, very rarely have I seen a position for Python developer and it had nothing to do with web development. That being said according to wiki, Elixir is a functional, concurrent, general-purpose programming language. Is it safe to assume Elixir is not just for web development, you can use it to create j…

What other use cases of Elixir are there other than web development? Questions / Help

General Question What can elixir be used for?

Every programming language can be used for a lot of work.

You should add some context to your question.

Any use case is welcome.

And there are more.

Admittedly, I am not aware of any big “actually built in Elixir” projects, but Erlang and Elixir are basically the same.

In that case, Erlang/Elixir are a solid match for anything except heavy computation. They can orchestrate other systems quite well. And the actor model lends itself to server applications (including web apps) so well that all other languages I’ve used in the past started to look bad.

Then again, this is the forum of the language. Some positive bias towards Elixir is a given.

Elixir is Turing complete, so it can do anything another programming language could.

Please read the link I provided and you will understand.

Link did not say Phoenix is Turing Complete.

Who said anything about Phoenix? This thread is about Elixir. Besides, Phoenix is a framework, not a language, so it doesn’t even make sense to think of it as Turing complete or not.

I meant Elixir is not Turing complete.

I have not proved it myself but I’m pretty sure it is. The list in Wikipedia is just examples, it’s not exhaustive.

Erlang is being seriously used in:

These are written in Erlang but Elixir would have suited them as well as they are basically the same language with the same system building properties.

You are most certainly using systems written in Erlang every day but you don’t see it, it just works.

Here you have a BEAM (Erlang) implementation of a universal Turing Machine simulator: https://rosettacode.org/wiki/Universal_Turing_machine#Erlang

noted, thanks for your input.

We built a birdhouse where Elixir was embedded on a Raspberry Pi. The app pulled in a list of tweets based on a hashtag. Then for each tweet, the body copy was sent to AWS Polly. The result mp3 was played though a loud-speaker and a servo-motor moved the bird in and out of the birdhouse. 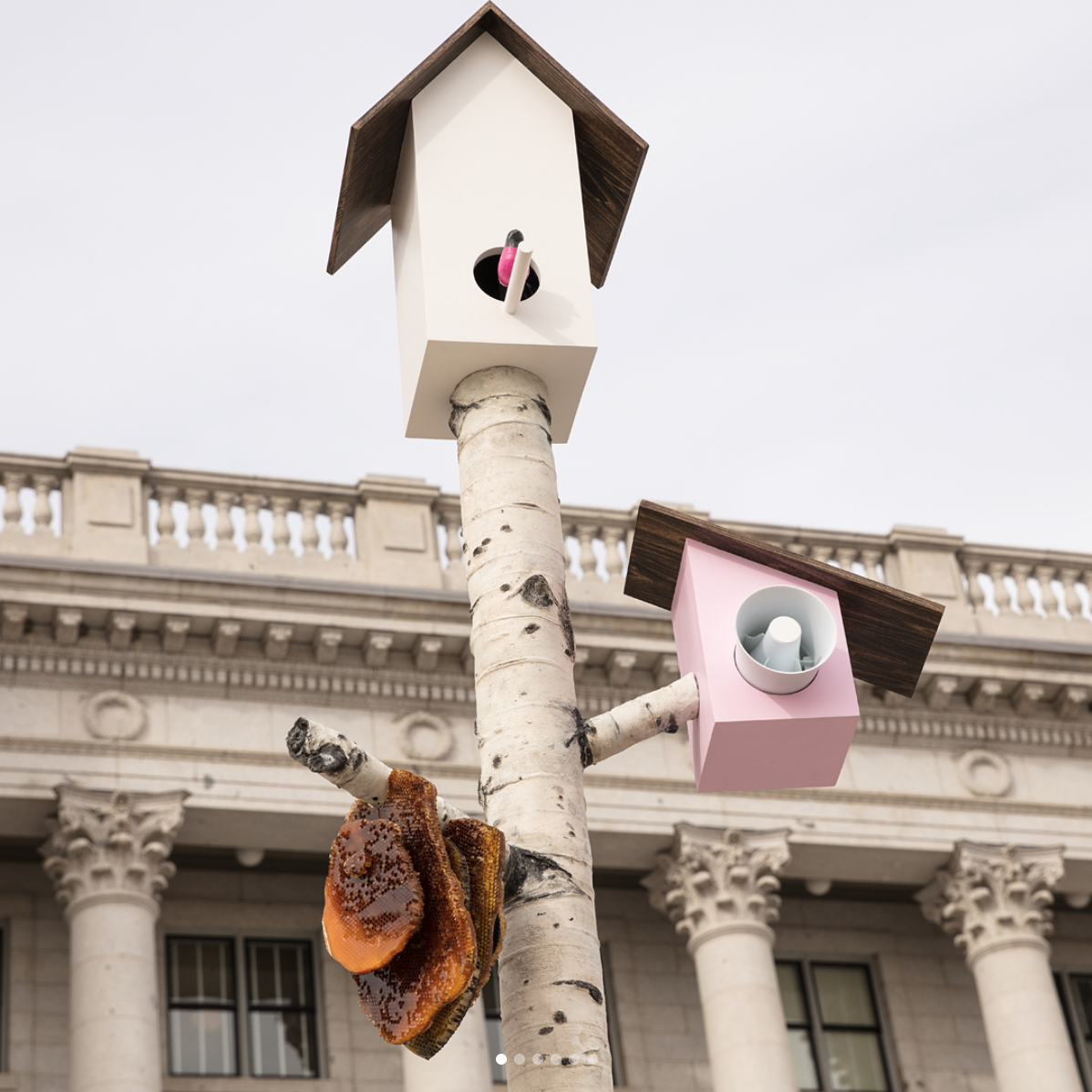 https://prograils.com/posts/top-websites-built-with-elixir-phoenix I think you will find a very impressive set of applications built with Elixir here.