What monitor set-up have you got?

and what do you like or dislike about your setup?

I either use laptop (just builtin screen) but thinking of getting 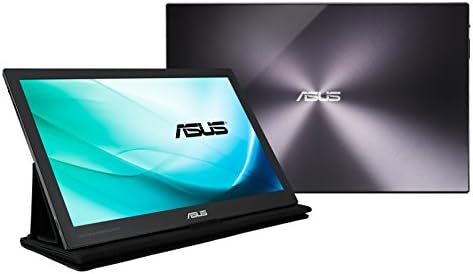 
once I upgrade notebook for use while traveling.

I used to run it with a 32" Dell that while offered higher res, I ran at 1920x1200 and let the onboard scaler stretch it fit the pixels - this resulted in stunningly smooth text

(Basically this was like Apple’s Retina before they even dreamt of it!). When the monitor got to 4 years old I sold it (guarantee was five years).

I now want to get a 4 or 5K monitor that I can scale down to get that buttery smooth text again - love the look of the new LG 5K Apple monitors as you can control brightness via your Mac, but the lack of hdmi/other inputs is off-putting.

Might even consider a 4K TV… just to see!

I now want to get a 4 or 5K monitor that I can scale down to get that buttery smooth text again - love the look of the new LG 5K Apple monitors as you can control brightness via your Mac, but the lack of hdmi/other inputs is off-putting.

I don’t actually need 5K, but it if meant smoother on-screen text I would consider it.

The two biggest pros of the LG 5K for me is controlling brightness via Mac (I don’t like screens that are too bright - my dell is at 50% when the default was 75% - tho it has been calibrated too) and that it can act as a hub.

The display I will be so sad when it dies! And by all rights it should be dead by now, it is probably 10-12 years old now. It is an HP 24" flatscreen plasma HP monitor, 1920x1280 (1080p monitors seem so thin to me!), however it rotates to 1280x1920 (and I often do rotate it, much better to work on), has a built-in USB 2.0 hub with 6 ports, has an HDMI port (unused), VGA (I think?), DVI (unused), and DisplayPort (used, why is not everything DisplayPort? The HDMI spec sucks compared to the DisplayPort standard!). In addition it even has PiP, and yes it is a monitor, no tuner or so, and I used to use the PiP a lot when I had two computer plugged in to the monitor, not so much lately. It is one of the few flatscreens that are not CRT’s that do not ghost on movement for me (even modern TFT’s ghost to me, gah!). It is an awesome monitor that is no longer made. I’ve been looking for another of similar quality (even same resolution, though higher would be nice) that I can get pre-emptively before this one dies (how is this one not dead yet?!), so if anyone has any ideas I’m open!

And as for work I have two low-end Dell 21" monitors that do not rotate or have USB or anything. ^.^

there is a huge difference in pricing between 4K and 5K

They are about the same price here…

I’m using a 2015 15" MBP with an LG 34UM95-P at both work and home. The display is 34" 21:9 with 3440x1440 native resolution. I connect the display to the laptop via Thunderbolt 2, and use a USB mouse/keyboard which remain plugged in to the monitor indefinitely - they are relayed correctly by the TB2 cable without any additional config, as are my external speakers which connect to the monitor indefinitely via 3.5mm jack. It’s basically a rather nice monitor with built in KVM capabilities. I keep the laptop closed in clamshell mode, but out of personal taste rather than for performance.

To expand on that “KVM” sentence, at home the display is shared with a Windows 10 desktop which connects over full-size Displayport, and uses a secondary USB A-to-B cable to use the mouse/keyboard. Sound again routes correctly to the speakers over the DisplayPort cable. I just switch inputs on the monitor and video, audio, and input peripherals all make the jump accordingly. Very pleasant.

Small caveat - LG offers a nearly identical model of this display without Thunderbolt support, which is way less useful to OS X users IMHO. It’s definitely much cheaper, and I think it comes with a -C suffix instead of -P.