What mouse do you use?

Another vote for the MX Master here. Very happy with it.

I exclusively use my Bluetooth trackpad at work and trackpad on my personal MacBook. I can’t imagine ever buying anything else.

I use the cheapo $10 CDN Logitech USB wired mouse. Best mouse ever. 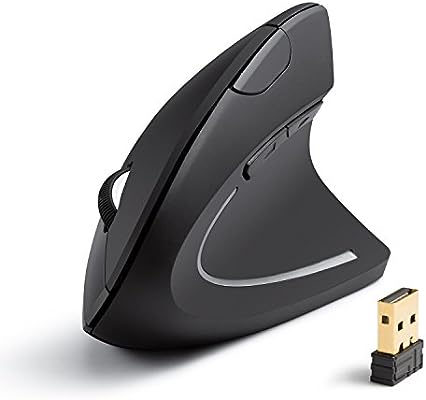 100% the Anker mouses are excellent. I prefer their other vertical style, but have used this one.

Been using razer deathadder for many years. I use claw grip.

I do the same thing

Unfortunately I think I’d need hands that made an NBA players look small to use my thumb on the trackpad without leaving the keyboard.

I have to lift all but my pointer just to get my thumb to reach the top corner thumb cluster button.

Yeah I switched to this and its great. I can’t stretch my thumb without leaving the home row and coming half-way off the keyboard, but it saves a little movement. Doesn’t seem worth it though to train my thumb, I’m just using my finger.

I mostly use the trackpad for gestures these days so I typically need more than one finger on it at the same time anyhow so definitely not putting me out. Feels more like my laptop setup as well. I tried off to the side for a while and just found myself reaching up to use my laptop trackpad most of the time.

Mine and my wife’s mice, though each are colored differently for their lighting: 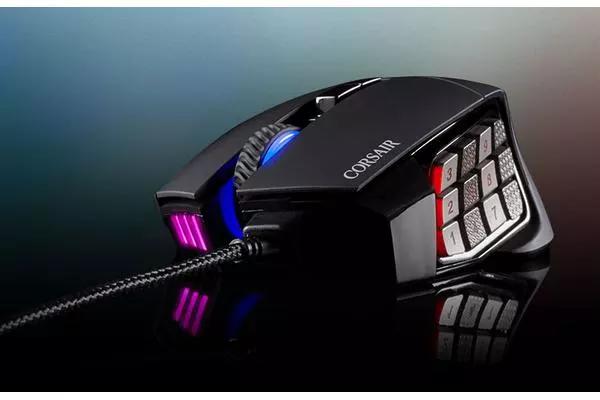 I use the sculpt mouse and it is one of the most comfortable mice I’ve ever used, never had any pain while using it. For gaming I use the Corsair M65 Pro Rgb. 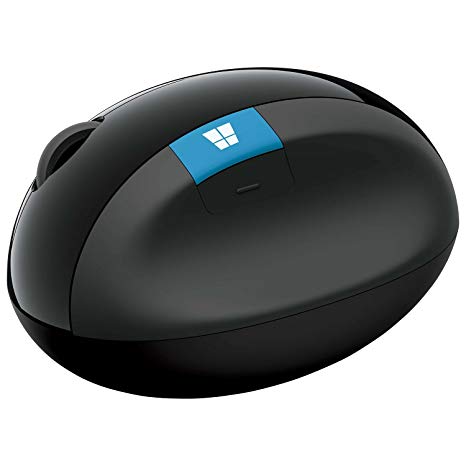 I’ve been really tempted to try a trackball one but I’m very undecided between the Logitech M570 and the Kensington Orbit. Any suggestions? Anyone using the Orbit?

I can not work with mice that have a high latency, and none of the wireless mice we had at the office had a latency low enough to be usable

On my desktop I use the Logitech G305, and there’s no perceptable lag like there is with some older mice. It’s light and the battery lasts for ages. If it’s the right kind of shape for your hand/grip-style, I’d heartily recommend it. 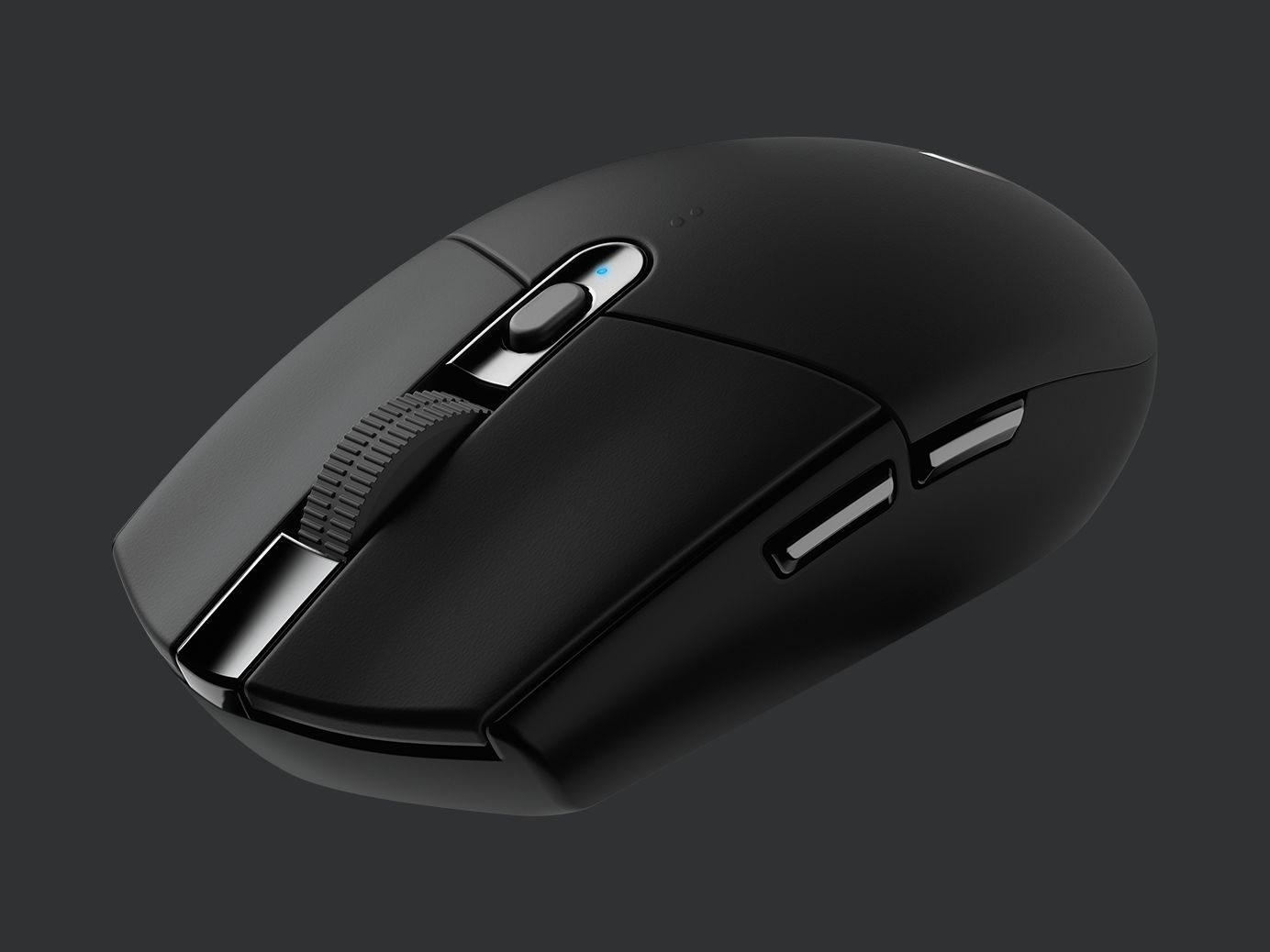 It’s the first wireless mouse I’ve been happy to use for action games, including Quake Champions. I haven’t played for a few months, but I have a “fingertip” grip and like playing as Slash.

I’m very undecided between the Logitech M570 and the Kensington Orbit. Any suggestions? Anyone using the Orbit?

Personally I’d choose the Orbit over the M570 but ultimately prefer the Trackman Marble Trackball; as in all things - YMMV.

The Trackman Marble FX was great as well but was discontinued.

I use Microsoft Basic Mouse v 2.0 1113, wired optical mouse, and I love it. It’s simple but very precise. When I move cursor on the screen, it feels like I’m moving my finger on the screen. 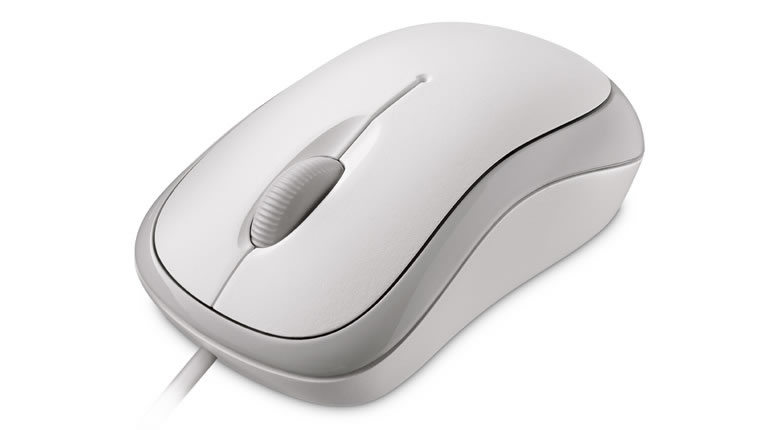 Anybody tried this one?

I use this too (Logitech M570). Cheap but solid build quality, decent ergonomics. Most importantly, its ubiquitous and I can pick up another one literally anywhere, so I don’t have to adjust to something else if I forget it when travelling or lose the usb nub. To use the infra metaphor, my mice are cattle rather than pets.

A Logitech trackball is what I use with my favorite laptop.

On my company desktop, I use an old, nondescript Dell wired mouse. It was from one or two computers back. When I got a new PC, the mouse was garbage so I kept my old one.

On my desktop I use the Logitech G305 , and there’s no perceptable lag like there is with some older mice.

That mouse hasn’t been available at office when I was testing the mice. And at home, I’ll never get rid of my loved wire as long as the children are in this age of hiding everything

Thank you,
The trackman looks interesting but I’ve seen someone talking about it saying it has no scroll wheel… that would be a bit of nuisance for me I guess.
I didn’t know about the Elecom, I will have a look at them later so thanks

With the orbit, the only thing that worries me is the wrist position: wouldn’t holding your hand horizontally as for a normal mouse still cause pronation issues?

It doesn’t - people who feel they need it typically add it with supplementary software (alternate).

“Mouse wheels” became a thing when Microsoft made them popular in 1996 with the intellimouse explorer by which point in time I’ve been using Logitech three button mice for years (C7 (1985), S9 (1989), MouseMan (1990)) and its emergence was a non-event for me personally.

The appearance the scroll wheel likely hampered further evolution of the UX of the scrollbar - so I saw it as a mechanical hack for a problem of a different nature (scroll arrow position).

Now scroll arrows have become obsolete (scroll thumbs hide in the shadows) and scrolling horizontally is strongly discouraged; is that always a good thing? I don’t know.

wouldn’t holding your hand horizontally as for a normal mouse still cause pronation issues?

You are not holding your hand horizontally as you would with a mouse - the mouse has to move, while trackball by design doesn’t (which also makes it easier to find on the desk when you are not looking because it isn’t going anywhere).

So your wrist rests on the desk while your fingers manipulate the trackball (clicking the primary button is an easy task for a thumb).

Nevertheless the transition from mouse to trackball can be quite an ordeal for some people. I don’t know anybody who successfully migrated gradually - cold turkey seems to be the only way that works. Lock that mouse/trackpad away and throw away the key. Some are fortunate enough to get through it in half a day, others need 3-4 days. In my experience most people who get to the other side don’t want to go back.