Where do the post and get comes from in the following test?

I’m using Mastering Phoenix (Phoenix inside out) by @shankardevy .
There is the following test on page # 189, to test the persistence of user session. 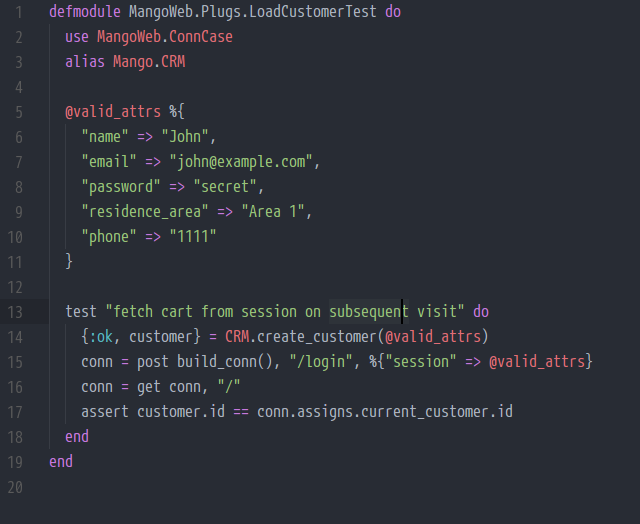 on line # 15 it’s setting the @valid_attrs module attributes to the session using a post request to the /login path, then on line # 16 it’s making a get request to the root path to see if the attributes are there in the session.
I know how does it work, but I don’t know where from the post and get functions come in this test file. Because when I looked for it in the iex through h post, it said No documentation for Kernel.post was found.

It probably comes from use MangoWeb.ConnCase, which probably imports Phoenix.ConnTest.

and I expected a function like ConnCase.post or CRM.post, otherwise it was Kernel.post if it didn’t have any Module name attached.

Is there some way to find out where a function comes from by hovering over the function name or something?
Because even now when I went to the test/support/conn_case.ex it have two more use lines as use ExUnit.CaseTemplate and use Phoenix.ConnTest, so if one wants to know where some function comes from, s/he will need to look in all the files.

Is there some way to find out where a function comes from by hovering over the function name or something?

Probably, I’ve never seen/used it. You might check out if alchemist does it, since it has code definition lookup which is close to what you want, I think …

Also, I generally avoid heavy use of import and use in my own code, which might be the reason I don’t have problems finding functions.

Thank You for the link and the explanation!
The Alchemist’s website says that the power is for Emacs users. Can I somehow make it work inside VSCode?
and Is learning Emacs easy for someone who already knows basics of VIM ?

There’s JakeBecker/vscode-elixir-ls for vscode. It seems to be using something similar to alchemist-server.