Where is Elixir? Popularity "Contest"

Each year since 2011, Stack Overflow has asked developers about their favorite technologies, coding habits, and work preferences, as well as how they learn, share, and level up. This year represents the largest group of respondents in our history: 64,000 developers took our annual survey in January. 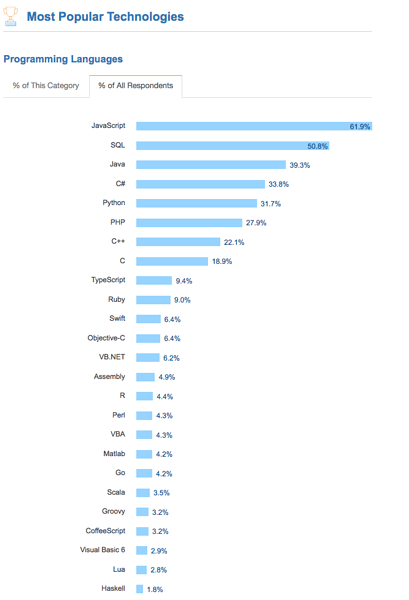 Thankfully yes - I am still in the Haskell camp - a language should avoid becoming too popular and stay interesting! (changes won’t piss too many people off, and keep things fresh) 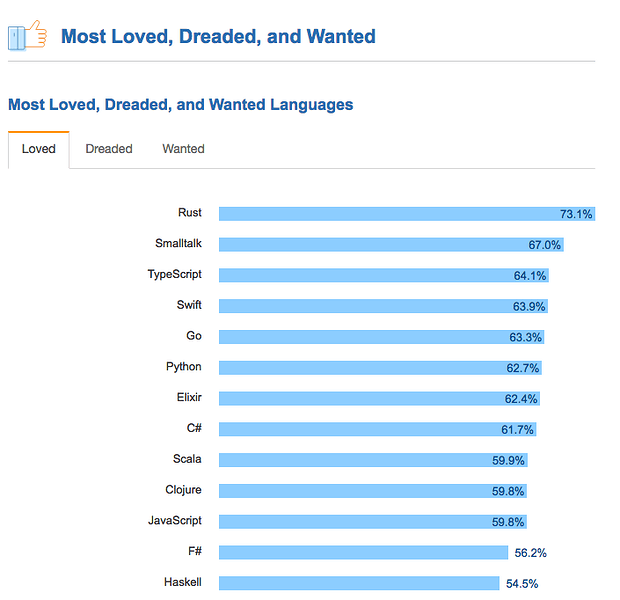 I think Elixir is definitely on track to becoming one of the most popular back-end languages around. The following certainly supports the notion - early adopters are willing to pay a premium for the tech of tomorrow: 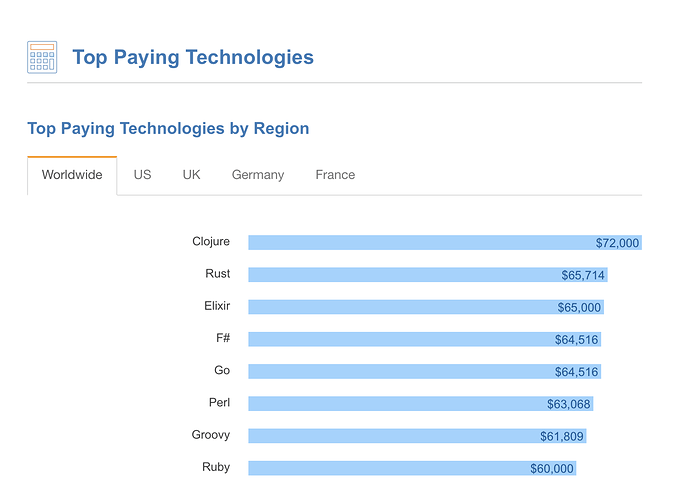 Also see our announcement here with stats, and further insights:

Can you believe the forum went live exactly one year ago today?! In just 12 months we have become one of the most active programming forums around - we are now actually busier than the forums of two similarly aged and hyped languages, combined! This is not only testament to the popularity of Elixir and how far it’s come (those other languages are developed/backed by two industry giants), but how welcoming, friendly (and dynamic!) the forum and community is

To help us celebrate, Ap…