I need to reduce enumerable collection to single value. Enum.reduce_while seems to be a perfect fit. However, in my case it’s expensive / not-trival to load the whole collection into memory, instead I would like yield one value at the time until it’s necessary - in other words I want to create a custom stream. I’ve just realized that Stream.reduce_while is missing.

What’s the reason? What could I use instead? Thanks!

However, in my case it’s expensive / not-trival to load the whole collection into memory,

This is a relatively silly stream that just emits 1. It’s still a stream though in that, at the moment, it hasn’t emitted any values.

Now, suppose we pass this to |> Enum.count. We know what the answer will be of course (1000), but here is the key thing I want to emphasize: While Enum.count does iterate through all items in the stream to build its value, it doesn’t turn it into a list first, and then count that list. We can see this if we change the numbers to be really big, and then graph the memory.

If we take the stream and make it a list, then count the list, we see a spike in memory: 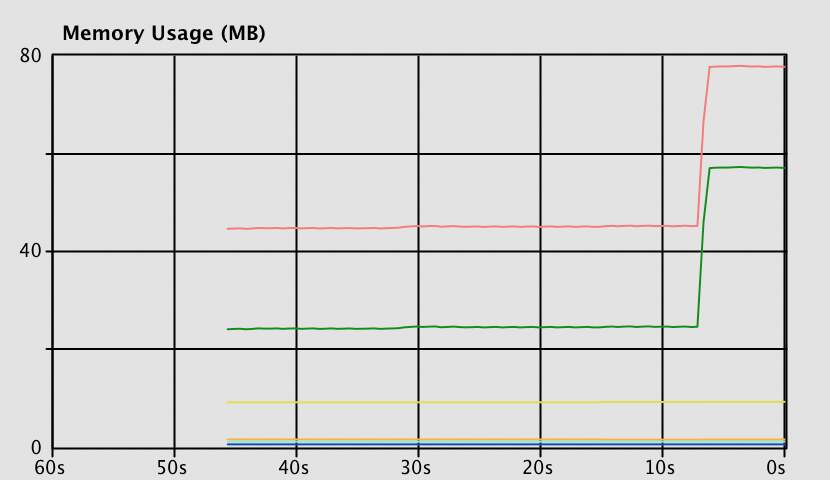 But if we just pass it into |> Enum.count, there is no spike in memory, because it’s only grabbing one item at a time, counting it, then throwing it away. 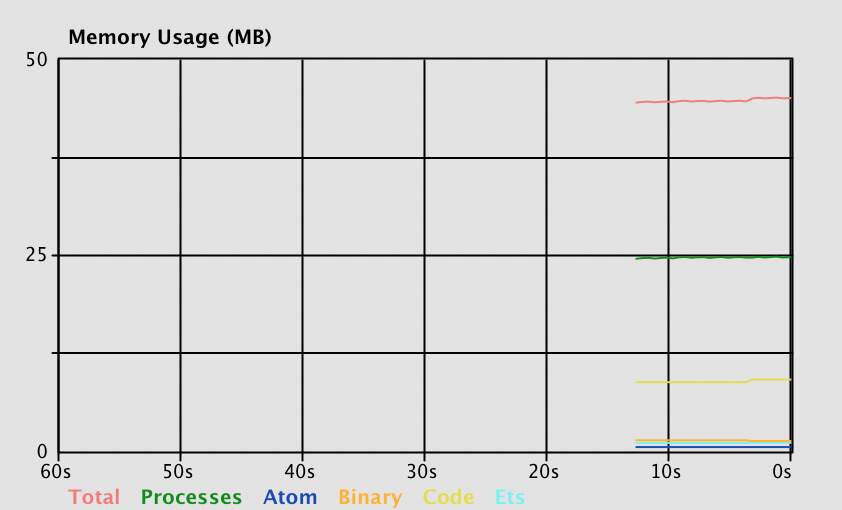 Now, addressing the function you actually asked about, Enum.reduce_while and really all of the Enum functions work the way Enum.count does. They only use more memory if the output of the function needs to hold onto the whole collection. So if your reduce function holds on to the whole collection in the accumulator, it’ll use a lot of memory, and if you don’t, it won’t. Even if a Stream.reduce_while existed it would have the same memory characteristics because only you control the reduce function.

thanks! It all makes sense!
Stupid me, stream is always anum so I can use Enum.reduce_while with it.
I’m Elixir newbie

It’s a little longer, but you could get the same effect as a reduce_while with a pipeline:

Very nice explanation! What would you say is the difference between Enum.take_while/2 and Stream.take_while/2 then? Would they only behave differently if they were used in the middle of a chain of transformations? (i.e. the Stream version would not produce an “actual” end result list), while they would actually behave the same if they were used as the final transformation in a chain? Or maybe this understanding is not correct?