Haskell is root of functional programming.

Well, not quite as lisp predates it by 35 years

Even erlang is older. It has been the academic playground for computer science for a while though.

I mean not the oldest …

thanks @cmkarlsson, I also read about Structure and Interpretation of Computer Programs - I might give it a try as well. @mkunikow I also read a few recomendations about Haskell Book - gonna research a bit more between both books and make a decision. And thanks for the podcast, gonna listen to it tomorrow.

There is an lfe version of it as well in progress but you might want to have a look as it will give you an idea what i looks like:
https://lfe.gitbooks.io/sicp/

A little old now, but this thread might help:

Hi Guys, I’m studing Elixir since last month but, I have a lot dificulty to change the form of thinking to solve a problem with functional design, I’m programing with OO and I would like to add Functional Programing in my toolbox, there’s someone the indicate a guide, book, tutorial to help me?

Instead of SICP, consider Racket with How to Design Programs, 2e or possibly Realm of Racket (see also here and here).

That being said of all the Haskell resources that I’ve used I liked haskellbook the most - but the chasm between (C, C++, Java, C#, Python)-ville and Haskell is quite wide so it may be a good idea to look for a more intermediate destination before moving on to Haskell.

I’ve got it and was waiting for it to get a final release, by the look of it that should be right about now:

We’re going to publish the final version between end of February or the beginning of March.

I think I am going to read it next

by the look of it that should be right about now:

Was announced as “in print” in the February 28, Newsletter.

I got convinced to try haskellbook, but seems that there is not a printed version, at least can’t find one. So might try real world haskell, and then hopefully Functional Programming in Erlang

Will there be a print version?
The short answer is: we hope so; we’re working on it.

The slightly longer answer is that it didn’t make sense to worry about that too much while the majority of the book wasn’t written yet. We’ve been churning and adding new material quickly, and to maintain that speed, we had to delay giving serious thought to printing. That said, we hope to make it happen. We do have our early access buyers in mind and will offer them discount codes for the print book when it is available if the publisher/printer allows it.

At 1200+ pages it’s best considered as a long term project.

In the short term, according to the TOC, Learning Functional Programming with Elixir does seem to hit all the right spots:

You can always have a look at the source code to see if it’s not advanced enough for you.

The book is not final release, so this is only electronic version.
But who needs printed version …

I read all books on Samsung S2 9.7 tablet. Specially good if you have safari online account.

Waiting for this book 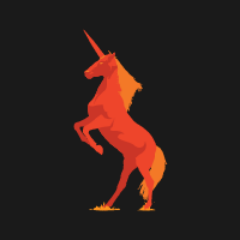 The first book LambdaConf Press will publish this year (in Q2) is the world’s definitive book on monads, by the extremely talented @trupill! Code examples in Haskell/Scala/Idris/more. Pre-orders open soon! 🎉🦄 https://t.co/GSt7GXdQ9D 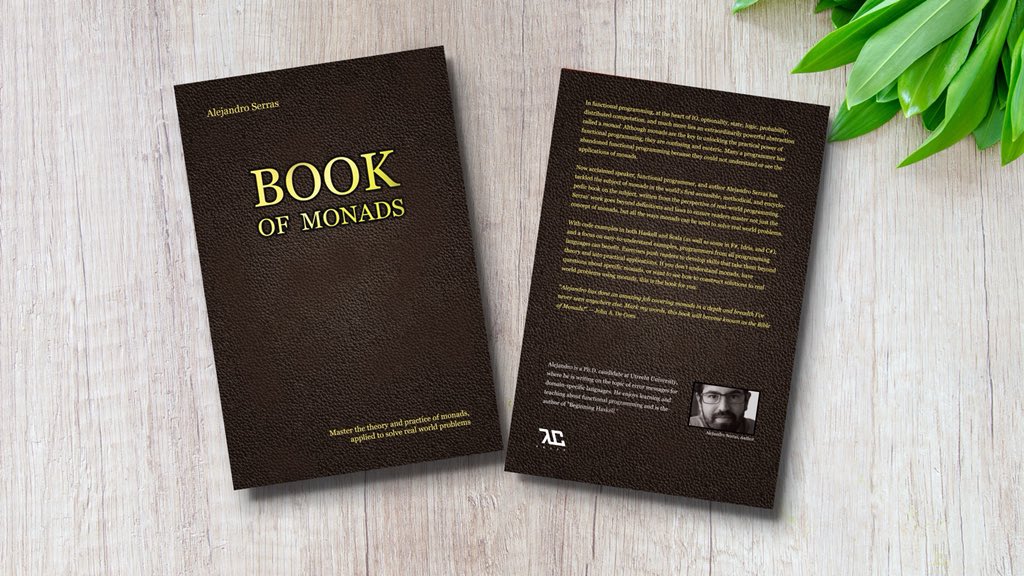 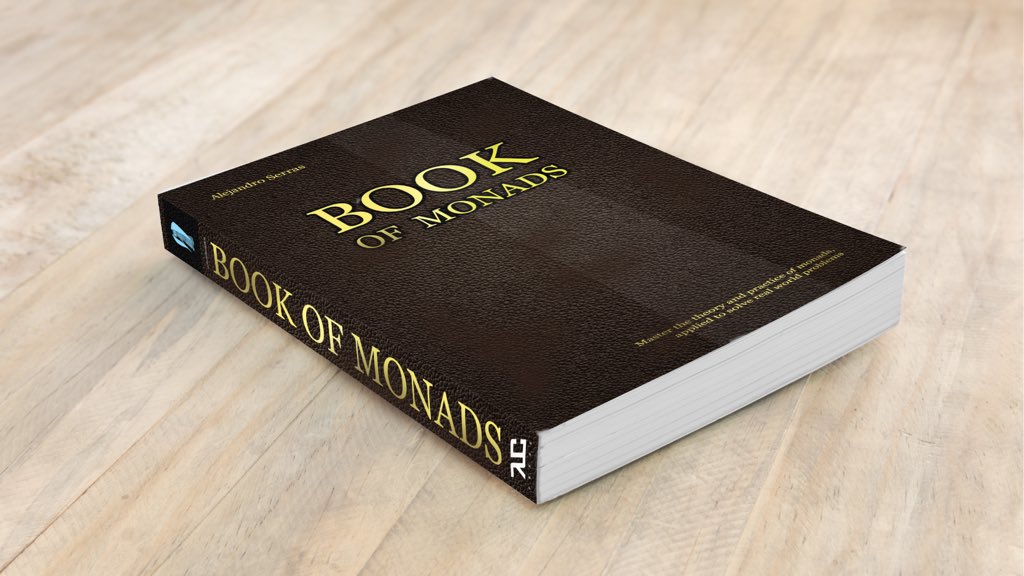 read a few reviews saying that probably it’s not the best book for a starter.
I could read some of the elixir books, but there are some concepts that I won’t learn as currying for example as there is not something elixir has natively, plus I consider I understand the basic concepts like pattern matching, recursion, etc, so wouldn’t like to read a book that explains concepts I already know in a language I kind of already know and use, that’s why I wanted to read about functional programming applied to a pure functional language to help me think functional.

I won’t learn as currying for example

IMO currying is overhyped - the core idea is partial application, i.e. a function accepting a parameter and returning another function ready to accept the remaining parameters which kind of falls into the “Higher Order Functions” topic (function returning a function - often for the purpose of feeding it to a higher order function) and is realized in Elixir with a closure.

That seems to be discussed in Creating Anonymous Functions - passed that currying is a “nice to have”/“cool feature” as it streamlines lots of partial application cases (but not all of them).

Currying versus Partial Application explains it with JavaScript.

I would say that Higher Order Function is function as take another function as parameter like map.

With currying you can create anonymous functions much cleaner
example map (add 1) [1..10]

Correct. The controversy is whether functions returning other functions is part of that thinking. Some people exclude it, others include it. My stance is that its part of the whole “functions as values” toolset and that the function being fed into a function is often produced by a third function. So it seems natural to have that entire discussion all at once.

In computer programming, especially functional programming and type theory, an algebraic data type is a kind of composite type, i.e., a type formed by combining other types. Two common classes of algebraic types are product types (i.e., tuples and records) and sum types (i.e., tagged or disjoint unions, coproduct types or variant types). The values of a product type typically contain several values, called fields. All values of that type have the same combination of field types. The set of al...

This is why I’m looking for Haskell books.

I’m not trying to discourage learning Haskell, far from it and haskellbook is fantastic. But learning Haskell is completely different from learning lets say Java - especially if your brain has been “shaped” by Java. Maybe you’ll be fortunate and it will be easy peasy for you - but it may also take a long drawn out effort of constantly chipping away at it. I get that the whole “functional purity” thing has some definite appeal.

My argument is that there may be less taxing ways to get the “functional programming mindset”.

I seem to remember that Katie Miller used Haskell at Facebook but Facebook also uses OCaml in Flow and of course is working on ReasonML (and Jane Street uses OCaml).

As for Haskell - remember to just keep at it.

You will need to reserve some time on it.

But as I said there are nice people that will help you especially on slack channel.
https://fpchat-invite.herokuapp.com channel #haskellbook

Haskell is root of functional programming. If you know haskell you know it all

Not really. Haskell focuses on the HKT’s and typeclasses and so forth mindset, which I find very limiting. HPT’s (like OCaml) can do all of the prior mentioned with a singular syntax while being far more powerful as well.