Your thoughts on LiveData by Hans Elias Josephsen

I just watched the Talk by Hans Elias Josephsen about “LiveData”, that was posted some hours ago on the YouTube channel of Code Sync. 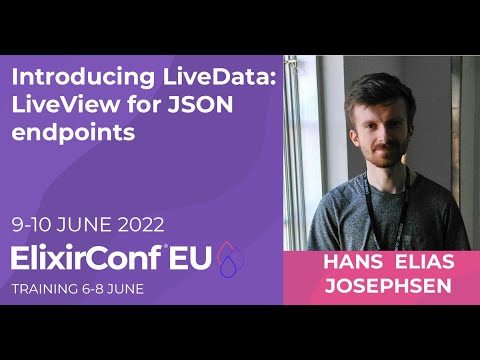 Worth a watch, if you haven’t already. But if you have: any thoughts on this project? Maybe ways you might want to implement it?

I thought it was a great little talk. He mentions possible use cases for SPAs and native apps, but also went into a bit of detail about how LiveData works under the hood.

I’m aware that I haven’t given any info about what LiveData actually does, but maybe I was able to make you curious enough to check out the video

I have been thinking a lot about what are the pain points in web development, and what the remedy can be. First off, I’ve been programming web applications since about Rails 1.2, when the REST concept was introduced and was considered revolutionary, and I went through different stacks, that were both server-side, and client-side rendered: Dojo, Ember.js, React, Stimulus, LiveView, and many others… Recently I was taking part in several projects using LiveView and one using Surface UI. I have got…

I haven’t had a chance to read it myself but did notice the author of LiveData, LiveState and StateChannel all taking part

Ty for pointing this out. I just read the thread and can’t emphasize enough how great it is to be able to read along with discussions like this about Elixir and Phoenix, but also web dev in general, by programmers more experienced than myself.

That is actually a different LiveData than the one I am working on, which is quite confusing

Ah sorry Hans, I saw LiveData in the title and assumed they were both the same

Also worth a mention, this is all open source at GitHub - hansihe/live_data.

I just started at Fresha, and they have expressed interest in sponsoring development time on the project, so hopefully new things will be happening in the project very soon

Can you use it with a Flutter app?

Yep, it is. There is a dart client in the repo which you can use in your flutter app.