I run a language learning blog and would like to learn how to code so I can create an app to help English speakers learn French.

I know HTML and CSS as well as some basic JavaScript. I frequently use my CSS/HTML/skills to improve my blog but don’t know much about programming otherwise.

I’m currently 70% through Michael Hartl’s Rails Tutorial and want to finish it because it’s working great as an intro to programming.

But I’m considering switching to Elixir once I’m done with the rails course because I find it much more exciting than rails.

I finished Joy of Elixir a while ago and found Elixir really fun and logical. I also did half of the pragmatic Studio course. I also find the Elixir documentation amazing and way easier to understand than the Rails’ documentation.

But I’m not sure what to do next. I learn best by doing but I also need some guidance so I don’t pick up horrible coding habits along the way.

I’m considering the followings books because they seem the best suited for someone new to programming.

My main worry is that they haven’t been updated in a while. I’m also considering Elixir in Action and Programming Elixir but am worried they may be too advanced for me.

My goal would be to follow along the courses and books and also build my app in parallel to get some practice.

Programming Elixir but am worried they may be too advanced for me.

If you already have done Elixir from other sources and you fill you are grasping the syntax, then you can go ahead and buy the book. To me was the only book that clicked to make the transition from Object Orientated code to Functional Programming.

You may also want to see the Elixir for Programmers video course from the same author:

You may enjoy more doing the video course, but only do it if you are already comfortable with the basics of Elixir. No need to know about OTP and all the advanced stuff, because the book will teach you that.

Got for it after you have done one of the above

Learning Rails will teach You a lot about MVC pattern. Those are knowledge You can port them to Phoenix, because it’s similar.

Except for the language, the main difference is Ruby use Object Oriented Programming, Elixir Functional Programming.

If You are new to programming, your plan is very suited. Maybe You might learn the latest Phoenix, because it brings new concept to the table, liveview in particular.

There are free introductions 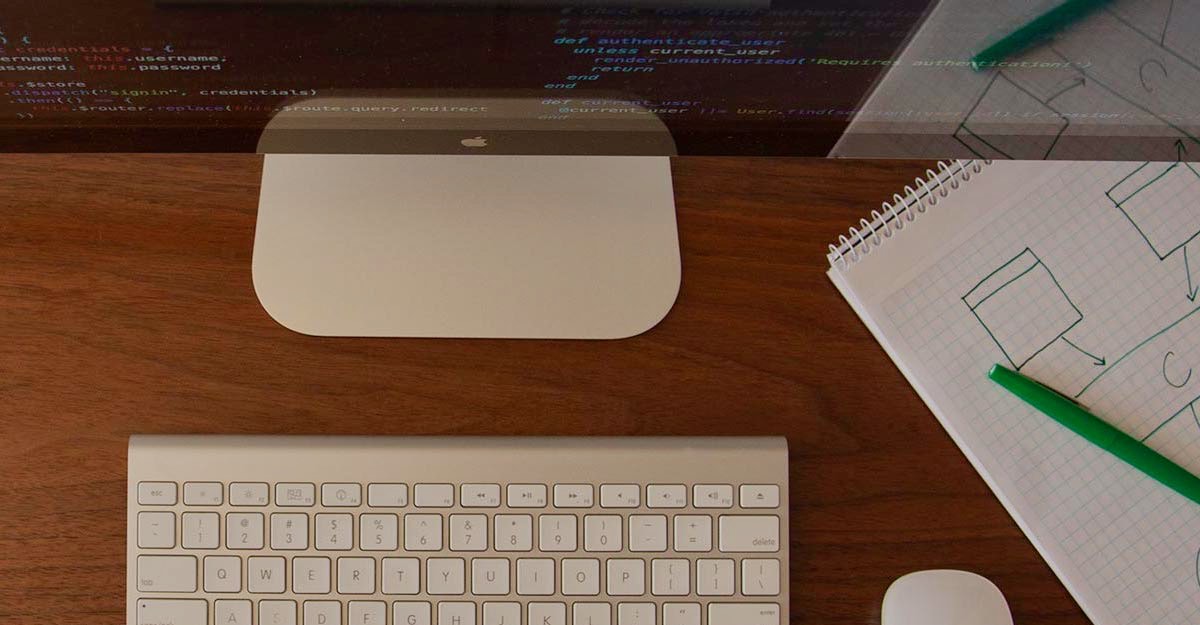 Hi everyone, I’ve started releasing these LiveView lessons (videos and articles), which are free extracts taken from the bigger course Build a Cryptocurrency Dashboard with Elixir and Phoenix LiveView. If you are just interested to this introductory LiveView part, you’ll find everything you need to follow it without buying the full course! We will code our LiveView Crypto Dashboard on the top of the Elixir application built in the first part of the full course. 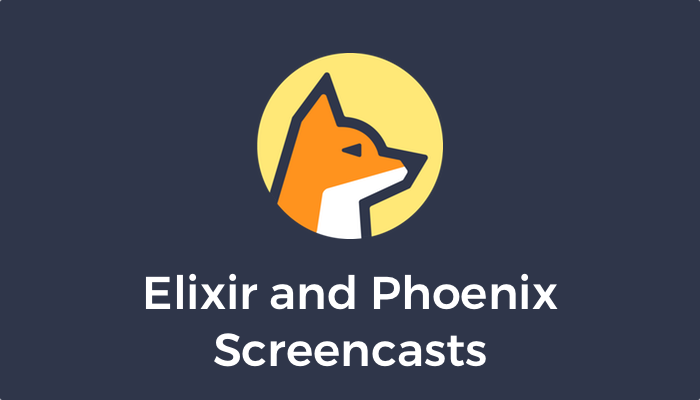 A collection of screencasts on Elixir and Phoenix.

and book also, if You prefer to read.

[image] Bruce A. Tate @redrapids and Sophie DeBenedetto @SophieDeBenedetto edited by Jacquelyn Carter @jkcarter The days of the traditional request-response web application are long gone, but you don’t have to wade through oceans of JavaScript to build the interactive applications today’s users crave. The innovative Phoenix LiveView library empowers you to build applications that are fast and highly interactive, without sacrificing reliability. …

I can create an app to help English speakers learn French.

I need the opposite, french to english

Years ago as a beginner I also started with Michael Hartl’s excellent Rails Tutorial. After finishing it and finding out about Elixir (which like you I found much more exciting and easier to understand than Rails), I read Programming Elixir followed by Programming Phoenix. I then reimplemented the Rails Tutorial using Phoenix instead. It was pretty straightforward… Ecto vs ActiveRecord was the biggest difference to learn at that point. Nowadays there are very good Ecto books available. I thought that was a great path to get started learning a standard server-side MVC-based webapp with very little JS.

Which Pragmatic Studio course did you do? They have excellent courses on Elixir, Phoenix, LiveView, SPAs with Vue/Elm/React coupled with choice of Phoenix backend (REST, channels, and Absinthe GraphQL). The amount of material and complexity can be staggering!

After exploring all of these I have simplified life (as a resource constrained solo developer) by limiting JS and just doing LiveView (PETAL stack). For this the new Pragmatic Studio LiveView course is outstanding!

Thanks for your replies :).

I think I will go with Programming Elixir and Programming Phoenix and try to recreate the Rails Tutorial app like @tme_317 suggests.

@tme_317 I did the Developing with Elixir/OTP course. I didn’t find it too difficult but stopped when they started talking about testing because I realized I lacked a basic knowledge of things like Git, command line and testing. That’s why I went with the Rails Tutorial courses first. I also want to work as a solo dev so the path you describe sounds like a great fit :).

I realized I lacked a basic knowledge of things like Git,

The best is that you try by using git in an online environment:

An interactive Git visualization tool to educate and challenge!

Learn the latest technologies with our hands-on labs

Glad to help… that is definitely the path that worked great for me. Everyone learns differently of course.

I will say I spent a lot of time mired in SPA/JS complexity land before Chris released LiveView… probably would have saved a whole year if he released it sooner!

Some of those basic things like Git, command line, text editor, etc are also addressed very well for beginners by Michael Hartl in his “Learn Enough” series… although I am sure you can find tons of material online everywhere also.

Yeah the SPA/JS complexity is exactly what I want to avoid as a solo dev.

After exploring all of these I have simplified life (as a resource constrained solo developer) by limiting JS and just doing LiveView (PETAL stack).

Excuse the aside, but how has this worked out for you in practise (ie. being productive with Elixir as a solo dev)? I ask because it’s my motive for starting to learn - I’m an experienced developer with some solo web/saas projects in mind, and Elixir/Phoenix/LiveView seems (this far, 2nd week of experimenting) quite promising.

Your programming journey is very similar to mine. Html, css, sass, rails, ruby, elixir, phoenix, erlang, javascript, jquery, react, nodejs, react-native etc… many specific tools and languages. For a new programmer language specific tutorials or books are like a trap.
My advice is learn how to design code before everything. Clean Code - Robert Martin is a good book for that.
This is a good article to read.

The Law of Leaky Abstractions

There’s a key piece of magic in the engineering of the Internet which you rely on every single day. It happens in the TCP protocol, one of the fundamental building blocks of the Internet. TCP…

My advice is learn how to design code before everything. Clean Code - Robert Martin is a good book for that.

The Clean Code Book references a lot the first edition of the Pragamatic Programmer book, thus I would recommend to first read the Pragmatic Programmer Book, and they have now an updated version: 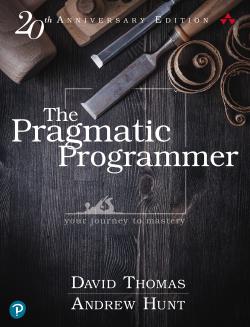 Andy and Dave wrote this seminal, classic book to help their clients create better software and rediscover the joy of coding. For over 20 years, the Pragmatic philosophy has spawned hundreds of our books, screencasts, audio books, and thousands of...

Even bad code can function. But if code isn't clean, it can bring a development organization to its knees. Every year, countless hours and significant resources are lost because of … - Selection from Clean Code: A Handbook of Agile Software...

Both books changed my life as a Developer, therefore I also subscribe that it’s a MUST read for developers of any seniority level. 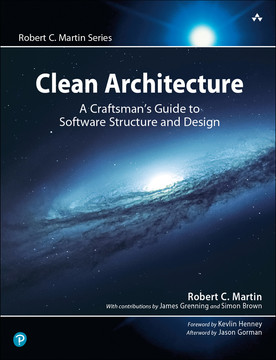 Clean Architecture: A Craftsman's Guide to Software Structure and Design,...

Practical Software Architecture Solutions from the Legendary Robert C. Martin (“Uncle Bob”) By applying universal rules of software architecture, you can dramatically improve developer productivity throughout the life of any … - Selection from Clean...

Funny enough or not I was already using this type of architecture and I named it Resource Design Pattern, and even started a repo with the principles of it, but never finished it. A colleague of work would call it Resource Action Pattern each time it was referencing a project were I used it

This article does a good job of explain it:

The main purpose of Clean Architecture is to allow the business to adapt to changing technology and interfaces. 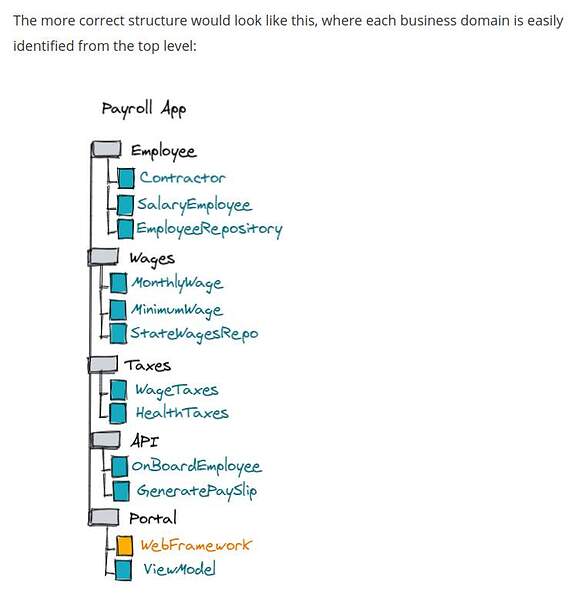 Better then the Uncle Bob own article:

The main difference to my architecture pattern is that I also split each entity by action: 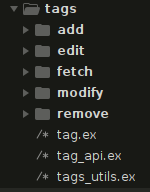 Yes, in practice everything has been so much faster using LV rather than the SPA I was writing at the time… it was a major reason Chris wrote LV in the first place as he talks about in the excellent video at ElixirConf 2018 when he introduced it to the world!

I remember the same week I watched his conference speech I dealt with a very simple requirement to break full_name into first_name and last_name fields… and I realized how many times in my app first_name or firstName was defined from the DB/migration, schema, context, absinthe schema and mutation, apollo, react component tree, tests, etc… so much of it was plumbing data from the backend to the frontend. By keeping the data/schemas/validation logic all server-side it is MUCH faster for me to deal with changes like this without having to touch a dozen files.

This video from the Rails ecosystem also resounded with me… especially when Sam says “Guess what? You’re not Google. You’re not Facebook”. As a solo we don’t have massive teams of specialists… frontend, backend, db, devops, etc. LiveView is such a major win for us optimizing speed to market and lessening complexity!

Nice. I will dive into LiveView once I’ve got through the Phoenix basics. The Phoenix/LiveView combo played a big role in motivating me to start exploring Elixir last week. The language itself strikes me as easy to learn - it’s surprisingly small and a few hours reading and playing has been enough to make it feel like a comfortable fit. I am fairly familiar with functional programming, which helps I think. The whole OTP thing is another matter of course.