I thought I had posted my library before but seems I hadn’t. The project is still in early stages but it’s growing and so I think it should have it’s own post here. BTW I still don’t have an icon or mascot for this so please let me know if you have an idea

Elixir desktop is a library that wraps :wxWidgets and Phoenix.LiveView in order to create native Windows+Linux+macOS applications. The main driver of this is my own company project https://diode.io where we produce server and (desktop) client code now from largely the same code bases for our mesh-networking apps.

Additionally, the library applies the same LiveView concepts to rendering OS-Menus such as the window menu and the taskbar icon menu. So that the developer does not need to get in touch with :wxWidgets or any system specifics. 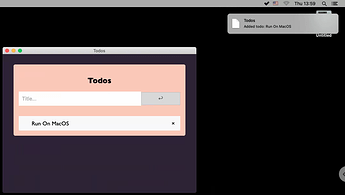 Also this Android example in contrast to the Windows/Linux/macOS ports is ready to be packaged. Just click “Build App Bundle” in Android studio and you get an application package that you can start shipping today! 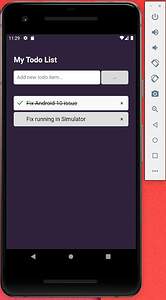 At the core it is really about code re-use and grew into this. We started with a pretty large Elixir based server codebase, then needed some CLI clients, then the need for UI clients developed, then that grew and now we need mobile Apps as well…

But also LiveView is a great fit for implementing desktop and mobile app interactions quickly. The ability to bring those interactions is turbo and potentially a massive new use-case.

There are many open ends here and integrations to improve. If you’re curious about this or better just want to start your own app with this and have an itch to scratch in elixir-desktop let me know. I’m reachable here, via the Elixir Slack and of course in GitHub.

There is a somewhat old YouTube video of me presenting this the first time here: Elixir Berlin meetup February 2021 - YouTube

Thanks for this awesome project. I really need to try it out

The README of the project already has an example: 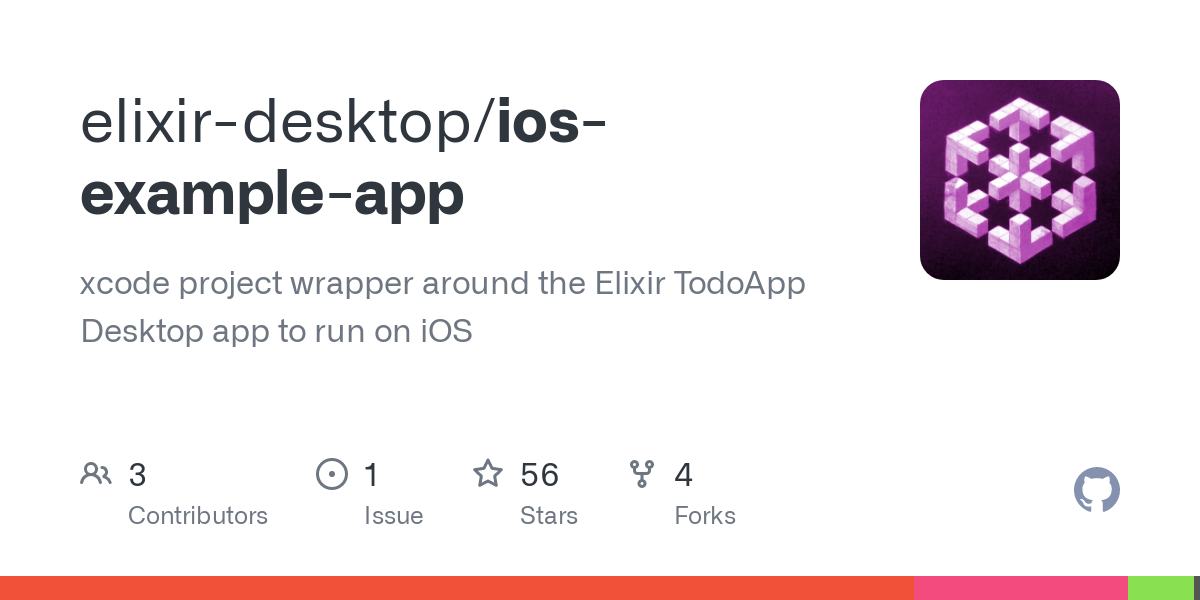 Yes, iOS is working now as well. But there are still more rough edges than I would like. Will update later with more.

I know @johns10davenport (hopefully tagged the right one) has been putting this to use.

Really interesting project, @dominicletz, do you aniticipate that we will be able to securely ship binaries?

Seems like we beam files can be decompiled…should I be worried about people reverse engineering my code?

That’s a worry for most languages. Generally, your customers won’t try that but it does happen. My mate’s .NET application got pirated in Indonesia and he had most protections in place.

Interesting…I guess its exactly the same problem with Electron apps. Probably worse for electron given the number of competent JS devs out there.

You shouldn’t worry about that because there is no absolute protection against it. If your app communicates with server API then security needs to in the API code and never in the client code. API code should always expect that some bad actor can call the API.

Great suggestions. I was more worried about code being reverse engineered, but is just as crucial.

As @cmo mentioned, you can’t completely prevent client code from being pirated. The more I think about it the less I am worried. If I became big enough to be worth pirating, I think I would have already suceeded at something

This is super awesome @dominicletz! Im excited to make a desktop app. One nit pick would be naming. Elixir-desktop makes me think its only for desktops but it can do so much more. Maybe a generic name like mutatex and its own github. https://www.namecheap.com/domains/registration/results/?domain=mutatex and https://github.com/mutatex

Thanks @jonericcook, this is totally on point and something bothering me as well! Someone suggested the name “chimera” before which I really like to express the different deployment options but unfortunately, there is already a hex package of that name. I would really like to have something in the alchemistic spirit of Elixir. while not taking something existing. I was thinking a bit about “elixir-aether” or just “aether”.

aether sounds good
Suggestion, you can run a poll with multiple selected names

Kinda off topic but have you heard about these projects?

Bond? Bonds? Like the visual representation for chemical stuff?
I mean this thing
What the correct name for that?

and under the repo you could make chemex (chemistry and .ex from elixir)

What are the strongest to weakest bonds class 12 chemistry CBSE

What are the strongest to weakest bonds

@dominicletz the branding on this project is gonna be

Thanks @jonericcook, this is totally on point and something bothering me as well! Someone suggested the name “chimera” before which I really like to express the different deployment options but unfortunately, there is already a hex package of that name

Fear not, wikipedia has your back: List of hybrid creatures in folklore - Wikipedia

Some names that call my attention: Nue, Baku, Wyvern, and Sphinx. Sphinx is taken but you may be able to reach out to the author and ask for the package name.

Also, if you are going in this direction, carefully read the backstory of whatever you pick, some of those can have strong negative connotations in some cultures.

Finally, don’t name anything with Live, because elixir-desktop might grow to packaging any Elixir app, not only LiveView ones. Although it is likely that the packaging and live aspects are two different packages (with two different names).