Episode three was release late last night or super early this morning. I’m really not sure. It was a long evening of editing.

What’s the subject of episode 3?

Pronounciation of @michalmuskala’s name. At least that’s what I heard on twitter

I wasn’t able to listen to it so far. I only listen to podcasts on my daily commute, but in Germany today is a holiday and I took a day off yesterday.

Great to see another episode

I was very eager to hear your views about the community and definitely agree about making it as accessible, welcoming and fun as possible - hopefully we have done a great job of that on this forum

Would also like to quickly mention that there are many people who may never go to a conference or local meet-up but nevertheless can (like many of our members here on the forum, IRC or Slack) still be a big part of the community… helping shape it into something special. In many ways the online communities are the first port of call for newcomers hence us trying to be as welcoming and helpful as we can

please don’t forget about us when talking about the community

I will set a reminder to say something on the next episode, and if I don’t announce the forums I will add a link to the forums now.

Thanks Amos, though please don’t alter your schedule on our account. Perhaps if you do another similar episode about the community you could give the hardworking members of online communities, and what they do for the community, a mention

Episode 4 is out. It was helpful for me. I hope it is for you too.

I’ve listened to all episodes, great stuff, really appreciate the expert knowledge on property testing among other things.

Thanks, keep up the great work!

We will probably reach back at these things in a future episode. Today we recorded an episode about the current config proposals.

As I recall, you mentioned that Elixir has some specific technical shortcomings that are slowing it’s adoption. I’d love to hear more about what those are.

Oh boy, this one is complicated and I wanna make sure I don’t come across as overly critical here

. I’ll preface all of this by saying that these aren’t my complaints as much as they are things I’ve heard from clients and such. Also a lot of these “issues” are being worked on so maybe they won’t be limitations for much longer. Basically no one needs to feel compelled to correct me or explain how these are non-issues. I’m just a messenger and these are criticisms people have presented me with

. I promise that I’ve done my share of arguing on the side of elixir. With that disclaimer out of the way here’s the stuff that comes up:

I appreciated the speaking tips in episode 5. I’d personally love to hear how you prepare your talks, despite your feeling that it won’t work for others – I bet it will for at least some.

A bunch of people have asked me for this so I’m going to try to write something up on my blog. I’ll be sure to post here when its finished.

Thanks Chris! I appreciate your thorough and thoughtful reply.

I think this is a generally true statement and I don’t wanna drag anyone’s library or time or effort. I just think that once you go off the beaten track libraries start to get less love simply because they get less use. I think that’s a by-product of the number of people in the community and the number of companies willing to put time and energy into OSS more then it is anything.

Thanks so much! Glad you’re enjoying it.

We are up to over 20K downloads and to celebrate we had some special Friend of the Show on. @chrismccord, and @josevalim, thanks for coming on and making a great episode. 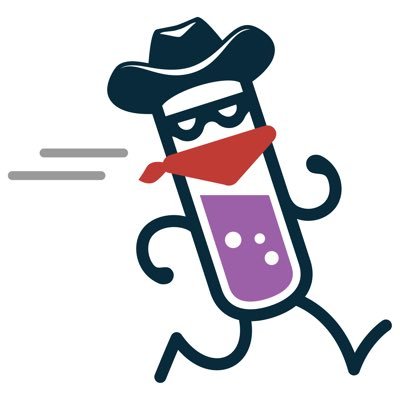 Cool, the feature I contributed to Ecto got a mention at 20:47.

Great episode, thanks all! Strange audio track sync issues though. Seemed like Anna’s audio track at least was way out of sync (maybe 10-20 seconds), maybe other audio tracks too. Leading to long silences, and parts where people appeared to talk over each other. Listened on Google Play FWIW.

I haven’t been able to make it through a full episode in a while. The volume differences are too large. (for example) I have to turn up the volume to hear Jose / Anna and then quickly turn it down for everyone else. I don’t want to be a negative nancy so please take this as me trying to help

Sorry about that. We’re working on improving our mastering process.

Great episode though. Really liked the discussions about about making decisions for an open source community like Elixir. Really helped elucidate just how hard and nuanced these problems are.

Thanks! I promise you all that we are working hard. We are doing our editing and trying to keep the costs down. That lets us do our own thing, and not worry about placating to sponsors. It also means that you don’t have to listen to commercials. Does that make us GDPR compatible? lol