Hi guys,
as I’m a kinda local in Warsaw (currently living there only for a weekends, but still considering myself as a local), on need any advice or a question, don’t hesitate.
Also, because conf begins on Monday, if any of you is in Warsaw for the preceding weekend and want to hang out for a beer, I’m opened for such activity

I wouldn’t worry about unrest in Warsaw - it’s a nice city and nothing was that big that I know of (one of my best friends lives there).

I’m also sticking around a bit and will be at the WRUG the day after the conference.

Do they have anything to do with Elixir, functional programming or computing in general?

It might be way scarier if those people were OOP enthusiasts

There are more scary ppl than OOP enthusiasts - assembly fanboys. And they are organizing an event on preceding Saturday! They must have heard that FP lovers are coming to town. And they are not just ordinary assembly fans, this is most orthodox brand of them: 8-bit, no cache, 16-bit memory, CISC, 3,5Mhz. In the other words, Zilog Z80. And it is even worse: they are Sinclair ZX Spectrum fans.

Yes, it is true: there is a regular ZX Spectrum demoscene copyparty in Warsaw in April 14th. There will be a demo, music and graphics compo, just like on the other demoscene events. Info is on http://speccy.pl/party/index_en.html. PM if you need more info, I am happy to help.

It is so nerdy event so I thought some of you might be interested. I’ll be there!

I am going too. Warsaw is pretty cool, not super crowded over weekends too so it is good idea to come early if you want to do some sightseeing and / or pub crawl.

Maga?
Is that an acronym for the sake of making an acronym?

I’ll be there as well!

Really looking forward to this conference.

Will be there too!

If anyone wants to talk about postgresql, elasticsearch, Docker, and deploying Elixir applications on Kubernetes – find me during the hall track!

I’ll be there! Giving a talk tomorrow on gen_tcp, so thankfully I’ll be relaxed for the rest of the conference

@josevalim gave a wonderful opening keynote about ‘Hughes Driven Development’ (going both into the new Code Formatter of Elixir v1.6 and the Property Testing that v1.7 will introduce) and received a huge 3d-printed Elixir logo 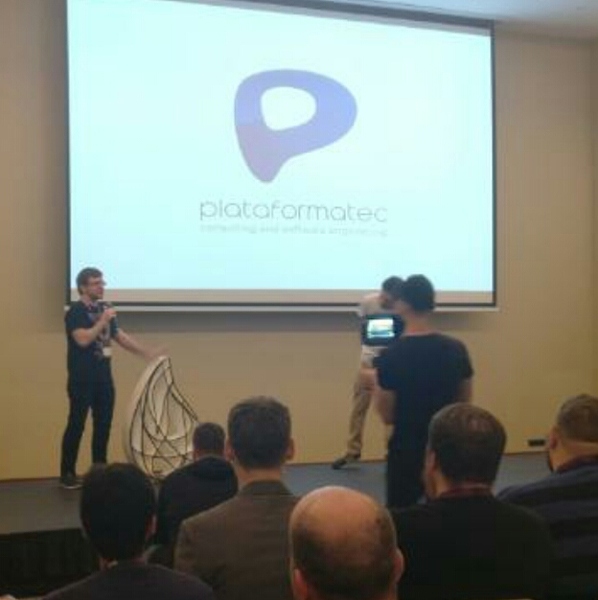 Hope you’re all having a great time

The forum was well-represented in the lightning talks. I spoke about Belt which was first presented here and @Qqwy talked about his Container Challenge on the forum.

And I gave super fast talk about mox

I was just thinking: Oh, I forgot @hubertlepicki’s talk, I should edit my post, but you were faster

It was super fast and super condensed with valuable information, I really liked it! I need to use your presence here tomorrow to use you with some discussion on how to make a testing framework for my project. Beware!

ok. I am coming late today with slower head for obvious reasons…

Unfortunately I couldn’t make it this year. Does anyone know of any blog posts summarising the talks / conf are up yet?

It will take a while until the videos are up, and I might write a blog post with some recommendations again