If I understand correctly the content of Functional Programming in Erlang is accessible for another two weeks, after that it is only available for those who have paid for an upgrade.

The three weeks of Concurrent Programming in Erlang will cover:

Now in my estimation Functional Programming in Erlang should have benefitted any Elixir developer wishing to improve their handle on functional programming principles, in particular:

The Erlang shouldn’t be a hurdle to anyone using the basics of Elixir - it may not feel as “nice” to some but to me Erlang has a very practical, “get stuff done” feel about it.

However don’t be fooled by the “5 hours per week for 3 weeks”. Doing that, you might as well be flipping through a magazine for all the good it does. You have to be prepared to do the exercises and assignments to get the maximum benefit and that is going to take a significant amount of time and effort.

Granted, while I didn’t find the subject matter of the various exercises all that engaging, the functional programming problem solving going into the final “rock, paper, scissors” strategies implementation exercise ultimately was quite engaging.

To close off here are some choice quotes from Erlang Master Class 1: Video 8 - Discussion:

JOE ARMSTRONG: So once you’ve learnt Haskell, up to monads and things like that, it looks very much like Erlang. You just move the brackets around a bit. You take the brackets out, actually, and you move the commas, there’s less syntactic noise.

FRANCESCO CESARINI: I found Haskell and Erlang, at least when taught in university, is very complementary of each other as well. And my opinion is that any student taking a computer science degree should learn both.

FRANCESCO CESARINI: I mean, we use Erlang as the glue to handle the whole orchestration. And then we use Python, C, Julia. No not at all. It is actually language intended to act as a hub towards other languages. And Interfacer could be protocols. There could be a RESTful APIs or other programming languages. It’s ideal for that.

JOE ARMSTRONG: When I teach it, the students start asking where’s the debugger? And I say, well, there isn’t a debugger. Or there is a debugger, but no Erlang programmers use it. And they say, well, why’s that? And I say, well, because you don’t have variables that are changing under your feet that it’s difficult to reason about it. Once they’ve got a value, they’ve got the value forever, and they acquire it in one place, and therefore, you don’t need to track it.

FRANCESCO CESARINI: I would judge where not to use Erlang, I think two very distinct cases are, for example, number crunching, and your graphical interfaces, the libraries, are appalling.
JOE ARMSTRONG: So if you had to choose one strong point for Erlang, what would you say was its unique strong point?
FRANCESCO CESARINI: Massive concurrency. Orchestration. The fact that your systems behave in a predictable way under extreme heavy load, extreme heavy load under an extended period, or under extremely high peak load as well. You won’t get any degradation of throughput in your system.

5 Likes
Learn Functional Programming with Elixir (Pragprog)
When learning, what order of books did you start with?
Which book to read?
AstonJ March 12, 2017, 9:27pm #22

JOE ARMSTRONG: So if you had to choose one strong point for Erlang, what would you say was its unique strong point?

Concurrency means the possibility of running independently perhaps at the same time.

The Concurrent Programming in Erlang course will remain open for free until 2017-May-08.

The course is primarily about working with message-passing-based concurrency and for the most part was taught in terms of the raw concurrency primitives . But ultimately all this exposure at the lower level was designed to persuade the participants to actually (continue to) work with OTP instead.

The first course focused on “the functional Way” while this course focused on “the message-passing concurrent Way”. As with the first course the topics operated with a very compact core set of Erlang features that really should not present much difficultly to a practicing Elixir developer (as long as one is a bit open minded about it being different) - if one wishes to get a sense of “the Way”.
(I’m not expecting these courses to be remastered for Elixir - as it really isn’t necessary).

The Frequency Server from Erlang Programming serves as the teaching vehicle for most of the course. (The Frequency Server also makes an appearance in Designing for Scalability with Erlang/OTP). The final exercise is to convert it to a version that is based on OTP’s gen_server.

The first week revolved around sequential vs. concurrent code, introducing the spawn, ! (send), self and receive concurrency primitives and some of the operational details of a process’s mailbox. Shortly after that the frequency server was introduced as the basis for a peer-reviewed assignment - timeouts were to be added for the purpose of preventing receive deadlocks and purging stale messages.

The second week covered a selection of fault tolerance topics leading with the introduction of the “Let it fail” design philosophy which segued into a treatment of process links, exit signals, and exit trapping which was capped off by an exercise to add exit signal handling to the frequency server to certain effect. The week’s topics then continued with supervision which lead to the assignment of introducing a supervisor process to the frequency server. This was then followed by a number of exception handling topics. Possible scenarios leading to race conditions were alluded to and finally the topic of hot code reloading was introduced and demonstrated with an exercise.

The third week lead with some overview of scaling and distribution topics before getting to “separating the generic from the specific” as an introduction to OTP. After the frequency server as a gen_server exercise, miscellaneous Erlang features like macros, records, maps and binaries were given a quick introductory overview followed by an overview of some of the more commonly used tools in the Erlang ecosystem.

There are plans to potentially add a third course focusing on OTP by the end of the year; presumably about design strategies and real product “war stories”. 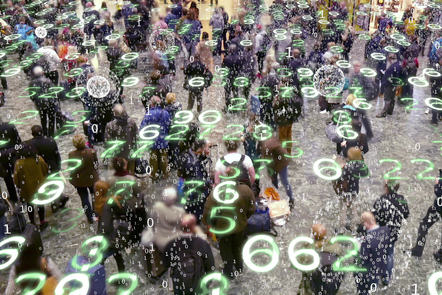 Learn the theory and practice of functional programming in Erlang, through practical exercises and suggested projects. 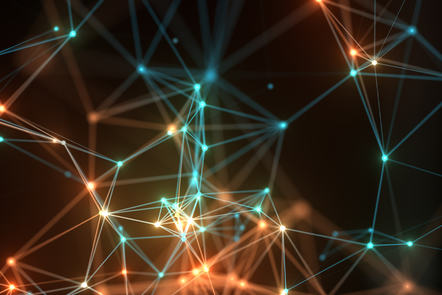 Learn the theory and practice of concurrent programming in Erlang, through practical exercises and suggested projects.

Rumours have it there is a third course on the way. Stay tuned…

I have just disowned you…

surely you meant “in Elixir” https://github.com/wojtekmach/oop

You can also do it in LFE using flavors. Flavors is actually quite cool with some interesting ideas and the implementation is both compiled and dynamic at the same time.

FYI: Another run of Functional Programming in Erlang is starting on June 19, 2017.

Concurrent Programming in Erlang is slated to run again August 7, 2017.

… keeping my eyes peeled for a possible appearance of OTP Programming in Erlang in the mid September-October timeframe (just a guess of mine - no insider knowledge).

On a related note:
Functional Programming in Haskell: Supercharge Your Coding (6 weeks) developed by the University of Glasgow was last run Sept. 19, 2016 - so it might be coming up again if anyone is interested.

I took both of the courses (Functional and Concurrent) and can vouch for both of them. After you take the first course you will have a good grasp on Erlang, it’s a really simple language overall.

The second course does a good job of teaching you the concurrency model. Most of the course is teaching you just the concurrency primitives (send, receive, spawn, links, monitors, trapping exits, etc). You work your way up implementing your own supervisors and genservers using just the primitives, and then finally you are introduced to the OTP versions. You get a good understanding of how genservers and supervisors work and what they’re doing for you behind the scenes. You also get introduced to a lot of little race-condition gotchas and how to work around them.

I think starting from the bottom and working your way up is a good method of learning about the concurrency model. If you come from some ‘normal’ imperative language and are introduced first to the genserver api it probably looks a little odd. You have these functions that are returning specific tuples, call vs cast vs info, this magic State variable you pass around. It can seem really arbitrary without knowing about the standard process Loop pattern and how basic messaging conventions work under the hood.

The same can be said about supervisors. If you’re introduced to supervisors first they seem a little bit magical. Knowing that they are themselves just regular processes that have links to their children puts them in perspective a bit.

Is there any way to watch the lectures? They look really interesting, but it seems like the courses haven’t been available for a while.

Here You find something similar… https://www.cs.kent.ac.uk/ErlangMasterClasses/

Thanks, I’ll check them out.

Learn the theory and practice of functional programming in Erlang, through practical exercises and suggested projects.

As @ericdouglas mentioned, there is another section coming up soon (it will start May 4th though).

I would also like to note that there is a “studying group” that will be going on during this course (credits to @liferenko from reddit).

If anyone is willing to tag along during this voyage, just shout!