What monitor set-up have you got/use the most? (Poll)

The stereotype for ‘geeks’ is multiple monitors! But let’s see…

I do most of my work on a laptop, usually docked at my desk with two monitors. They’re actually wired into a KVM switch for easy access to my desktop and Raspberry Pi. Within the next couple years I may upgrade to a single 4k display, but for now two 1080x1920s work well.

maybe when this hits mass market … 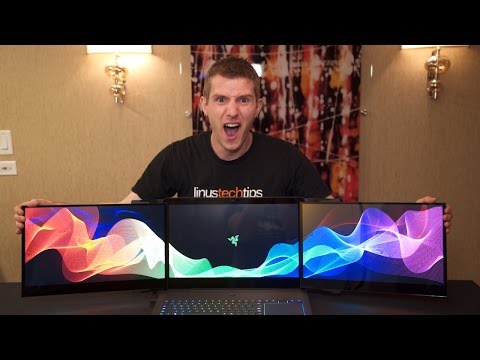 Hopefully once I move I’ll get one of the 40-43" 4K monitors - then should be able to run at 100% scaling instead of 125%. I like to be able to have multiple windows visible at once. plus tail -f log files is easier when the whole line fits on one line.

Single monitor on a PC, 35" with 21:9 aspect. Works wonderfully for coding.

I got 13" Macbook Air when i get to the office, and it’s sufficient… kind of

But at home I have 24" + 21" monitors, and it would be really hard for me to let go any of them, if anything I’d get third one. The ability to have to have open two application in fullscreen is awesome.You can write code, then reload ie. browser tab and have log spitting out informations without haveing to switch windows.