Which GPUs can you use with Nx/Axon/etc?

Is there any list of hardware, i.e. GPU that is compatible with Nx/Axon/etc. (apologies if I missed this information)? Does the general “rule” that any Nvidia is a good match?

Doesn’t Nx backends use NIFs under the hood? For example the XLA backend there is a clear specification . The specifics of XLA backend is using CUDA so you most probably have to backtrack to that dependency, but this is only applicable to NVIDIA graphics cards. The way I see it there is still a big gap between official efficient universal drivers on unix systems, as graphics cards main market is currently gaming, witch is not existent on unix systems, this will change with time however this is a sensible topic as writing drivers for such kind of devices should take a lot of resources.

We definitely need more info on this, I can’t have been the only one thinking any OpenCL card probably would have been ok, even if not as performant as some of the others.

So basically it’s as @bdarla said, we need a modern Nvidia card?

Which NVIDIA cards are CUDA?

CUDA works with all Nvidia GPUs from the G8x series onwards, including GeForce, Quadro and the Tesla line. CUDA is compatible with most standard operating systems.

And from the site in the eGPU thread that’s these (for Mac users):

How do you decide between them? Does the ‘additional software’ column matter if it’s just going to be for Nx?

XLA also supports AMD’s ROCm, but Nvidia/Cuda is the way to go?

so is there anything I have to do, like, on Linux, with AMD GPU to get the Nx working? I never touched it but may be interested.

As a beginner / student in this I like to see other practitioners’ information (I’m assuming some are on a low-budget and are thoughtful about what is worth spending money on).

One such video demonstrating benchmarking ML using an older graphics card vs a newer one is this one: 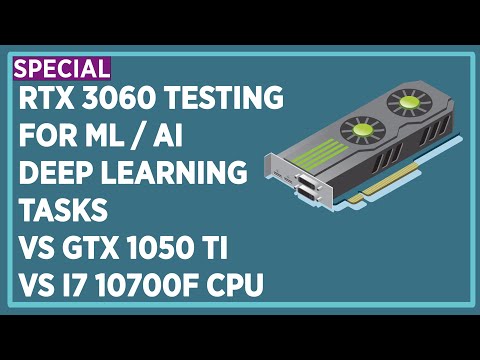 I’m in the same boat as you Hubert, but from my understanding there are some notable differences between ROCm and Cuda; ROCm is opensource but Nvidia Cuda cards are said to be more performant and have better compatibility/support (they’ve been around for 10 years).

AMD brought out GPUFORT as a direct competitor to Cuda last year:

This new GPUFORT project will live under the Radeon Open eCosystem (ROCm) umbrella and is their latest endeavor in helping developers with large CUDA code-bases transition away from NVIDIA’s closed ecosystem.

There is already HIPify and other efforts made by AMD the past several years to help developers migrate as much CUDA-specific code as possible to interfaces supported by their Radeon open-source compute stack. Most of those efforts to date have been focused on C/C++ code while GPUFORT is about taking CUDA-focused Fortran code and adapting it for Radeon GPU execution.

It also seems that ROCm doesn’t work on all AMD cards (even newer ones) and that AMD are still figuring out their game, whereas as most Nvidia cards (even consumer models) from the last 10 years or so are Cuda compatible, this has allowed Cuda to dominate the space… which makes Nvidia cards/Cuda the safe bet.

That’s the impression I’m left with anyway, maybe someone with more experience can let us know their thoughts

One such video demonstrating benchmarking ML using an older graphics card vs a newer one is this one:

This AMD ROCm thing is wild, my old GPU that I just boxed month ago is supported and the new one is not? Pfff

I got to realise (from a bit of digging) that bigger RAM size is more important (to me) than incremental increase in GPU speed since, as per another comment, you can load larger models and get more accurate results - or can even complete the run of a large model ( viz on apple M1 max which has a ton of shared RAM running pytorch Running PyTorch on the M1 GPU)

But then this project sounds better - GitHub - bigscience-workshop/petals: 🌸 Easy way to run 100B+ language models without high-end GPUs. Up to 10x faster than offloading

From the provided link on the “petals” project:

System requirements: Petals only supports Linux for now. If you don’t have a Linux machine, consider running Petals in Docker (see our image) or, in case of Windows, in WSL2 (read more). CPU is enough to run a client, but you probably need a GPU to run a server efficiently.

I am afraid using Apple Silicon based machines is not yet a promising direction (unfortunately). Nevertheless, thank you for sharing this information!

So I’ve browsed a few more posts/articles about ML on Macs and the vibe I’m getting is that if you’re a Mac user and need CUDA, don’t bother

Does that sound about right? Maybe things have moved along since?