Which code editors or IDE’s do you use?

If you are using a Vim or Emacs variant, please say which one in the thread - general thoughts or comments also welcome.

I’ve tried VS Code, Emacs, Spacemacs, TextMate but I always come back to Neovim 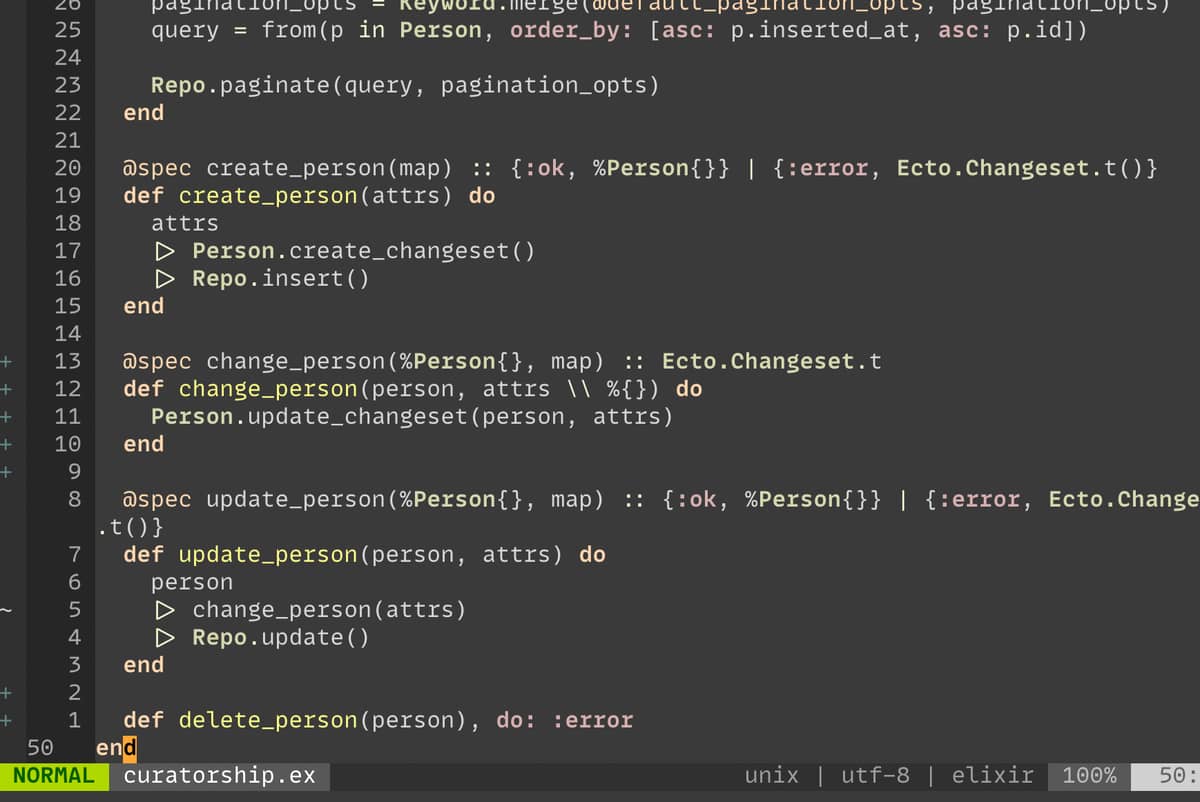 I use MacVim for when I need to use multiple panes (when working on a bigger project) or TextMate for smaller/quick edits (TextMate is still the best looking editor for Mac imo).

I also keep meaning to get in to Onivim and recently heard of Doom Emacs, so might give that a try (some positive comments about it on Devtalk).

I use the Elixify theme on MacVim and Textmate.

Neovim for me, going on 8ish years now? Tree-sitter has been a game changer for me, which is why I decided to work on tree-sitter-heex for a better experience with Phoenix Live View.

I’m interested in giving Helix https://helix-editor.com/ a shot once it is further along in development, it looks like everything I want in a modern text editor. Zed also sounds promising https://zed.dev/

I don’t code all day, every day so I’m not ashamed to admit that Visual Code is my tool of choice. The cost-benefit of learning all the vim tricks beyond the basics isn’t there for me.

I very occasionally use Atom without Elixir plug-ins when messing around with Rust(ler) on Windows so Rust re-builds don’t misbehave.

Even the mere fact that you feel a need to make such a disclaimer is one more example of the weird cultishness that so often prevails in the tech world. VS Code is a tool. It can work perfectly for those who enjoy its particular affordances (and, yes, large numbers of these users ‘code all day’). As do Emacs and Textmate and nvim and monaco-in-LiveBook and probably notepad.exe and everything in between.

Ha - it was a tongue-in-cheek comment, poking fun at exactly that cultishness. I 100% agree, and VS Code is a very good tool these days.

It’s vs code for me because of WSL, which is the only editor today that integrates seamlessly. I like the concept of Vim and Emacs, the amount of customization and all, but ergonomic-wise never managed to adapt to its model.

@connorlay I never heard of zed before, but it seems it’s from folks that made Atom back in the day!? I also have been meaning to try helix, but I don’t think it fits my workflow right now.

I think that the main problem all-new editors will face today is the great wall of vs code’s plugin ecosystem, which is basically because Javascript is very approachable language (kind of a double-edged sword).

I use neovim and sublime text. I disable language servers and linter plugins - i get irritated by constant display of errors and warnings.

I tried to use VS Code, I felt some lag or sluggishness (in some scenarios). Neovim and Sublime Text are blazing fast. (I don’t want to start a flame war - this is only my experience). I strongly believe choice of editors is a personal choice.

Doom Emacs user here which has Evil-mode as default and uses a module system with ‘config snippets’.

VScode is nice too though. Much easier to setup I think and it does 95% really well (using extentions). For an Electron app it’s performance is amazing (compared to other Electron apps) which shows how serious Microsoft is about it. No shame in using VScode!

My favourite ever editing experience was IntelliJ for Java (& to a lesser extent kotlin). The solidity of the many refactorings and other code assistance available really shift the feel up the abstraction layer. The experience eventually becomes very little like ‘editing text’ and more like directly manipulating something more AST-like. The next best for me has been paredit (in any editor) for clojure. I have zero interest in editing text per se - the ‘text’ aspect of programming languages is just accidental complexity to me.

I’d like something similar in any language, but it’s obviously tougher the more dynamic it is.

Having said all that, I’d far rather ‘edit text’ to manipulate Elixir programs than have a more refined experience at the cost of having to write Java.

Intellij IDEA for my PayTheMortgage

Java work. I am interested in getting into the Elixir plugin for intellij though

I think that the main problem all-new editors will face today is the great wall of vs code’s plugin ecosystem, which is basically because Javascript is very approachable language (kind of a double-edged sword).

VS Code is a fantastic editor, but it makes tradeoffs I don’t personally agree with, which is why I don’t use it myself. That being said, we now have a standard for language servers thanks to VS Code, which is a big improvement! Most of my teammates use it and are quite happy.

All I ask is others don’t force me to use their editor/IDE of choice. I’ve invested a lot of time and energy learning mine

I can relate to this! Java has world-class IDE support, but the complexity of the ecosystem… I don’t think any editor could solve the fundamental design issues with the language

I am using Atom as my main text editor for projects. I use nano whenever I need to edit something in the terminal. I used to use gedit for small text files or just random small edits, notes, but when I moved to macos I started to use coteditor, it is pretty nice.

It’s vs code for me because of WSL

This was one reason I first used VS Code. Another was that I wanted to help newbies get started with clojure, and thought contributing to vs code clojure support could be useful given how many people use it for other languages. Both these points illustrate we can have reasons for using tools other than their narrowly defined intrinsic virtues.

I do really like neovim and use it for in-terminal edits. I’ve also used this VS Code plugin, which allows neovim to be used as the text-editing backend for vs code: 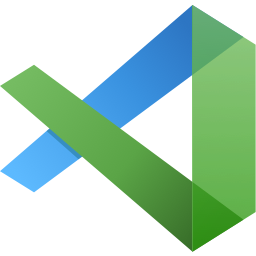